'Every day I think my audience has given me my life'

Ever reluctant to take the limelight from the music, he would do it only on one condition: that the listeners and fans ask the questions.

The questions were varied, insightful, and some also very funny (seriously – Mariah Carey’s legs?), helping us celebrate a brilliant career in music, and learn what he has in store for the future. 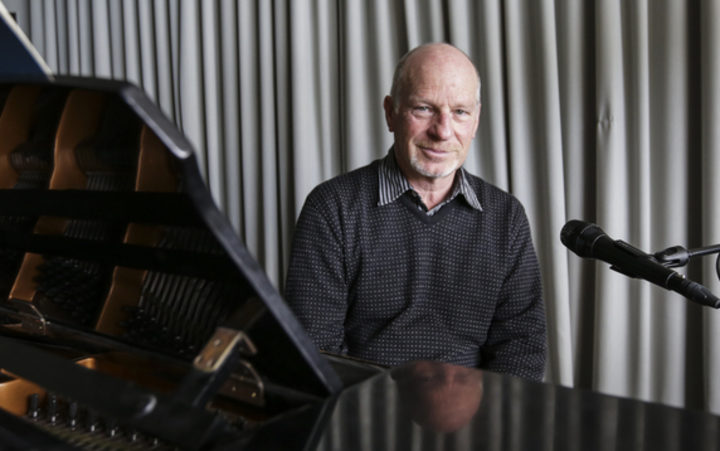 Lindsay: What is your daily routine?

MH: My normal daily routine will be breakfast followed by practice. Followed by a walk - I live out in the country so I can walk for 45 minutes, maybe to an hour. And the afternoon will be spent, weather permitting, out in the garden. If not in the garden, reading, cooking, being domestic. A very simple life actually.

The practice in the morning is crucial, fundamental, and happens every single day. It’s so automatic, and such a pleasure that I pretty much roll through one each day, one after the other; the same thing. I don’t need a whole lot of change.

Ian McKinney, Devonport: Pianists have very lengthy careers. How have you managed to sustain yours?

I suppose I should just say I love it. I don’t wake up in the morning resenting or not wanting to play or anything like that, I’m always keen. Also, the music. There’s so much piano music that’s terrific and worth playing. So much. I haven’t finished what I could play. But I can always set myself new projects. And I’m about to enter what I call the “final phase” which I’m going to revolve around a project. I’m very keen to explore the music of Chopin, and I want to remodel my technique so I play Chopin in a different way than I’ve been playing it in the past. I think I’ve got a feeling I’m going to find something that I haven’t found before, so I’m very stimulated by that idea.

Eva: [After playing Poulenc Trois Novelettes, No. 2 from his new CD Trois] How does it feel sitting listening to what have you done?

MH: Well I’m very objective listening to my own recordings, but I don’t put them on, and if I hear them it’s mainly accidental. I have to listen to them after the final edits, I have to go through them so I can tell Steve and Ken, “yes I think we have covered everything”, but after that – no they’re for other people to listen to.

Graham: Hello Michael, I’ve been involved in theatre for many years, and two or three days after a performance I’d be lucky if I could quote two or three lines from the script, and I’m interested to know how you retain such a vast repertoire and what you do to refresh, as well as learning new works all the time?

Eva: And my brother Nick had a similar question - “You must have a fantastic memory Michael, how long does it take you to memorise a particular piece, and does looking at the score away from when you’re at the piano help?”

MH: Yes. If you asked me the question twenty years ago you’d get a different answer to the one that you’ll get now, because at 65 I definitely feel I do not have the memory I once had as a child. As a musical child (and with a lot of gifted children it’s the same way) I remembered basically instantly, and didn’t forget. Then gradually as I got older I probably had my first startled moment in my teen years, so I learnt how to remember things slightly more analytically, so I wouldn’t be caught out if my reflexes failed.

I had a very good memory, I was able to put in music very quickly and I expected to be able to put in music very quickly, and on stage it was reliable. But on the stage of course it was none the less a source of great anxiety. Even when I wasn’t forgetting or even having any kind of a problem I would be sitting there concerned that I might. And I eventually resented that distraction, and started working more off an iPad, and at the moment it’s a mixture.

I sometimes play from memory and I sometimes play off the iPad. But now at the age of 65, it’s definitely not as good, and even the two to three days after performance thing is true for me too – I will play something from memory, and two days later I will have to revise it. It’s not a trick, it’s just a very focused concentrated sort of memory. And most musicians have it, and as you get older you lose it. 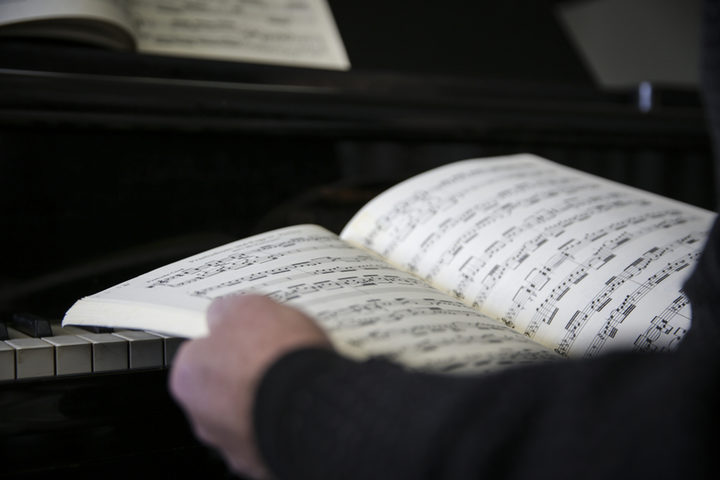 Oscar Tame, Ponsonby: Betty Gable’s legs were insured for a million bucks in the 1940s, and more recently Mariah Carey’s legs were a billion by Gillette. I expect Michael has excellent legs, but I’m interested in the hands. Are they, or have they ever been, insured?

MH: They are not insured, and they have never been insured. But questions were asked about the insuring of the hands, but the premiums would be sky-high, and the only way I could claim would be if I were to lose a digit - if I got arthritis or something like that which meant if I couldn’t play. I would have to chop my finger off, and that all seems ridiculously extreme. So I abandoned that idea very quickly.

Gary Hawkes Do you regret your decision to base yourself in New Zealand? Would a career in North America and Europe have been more fulfilling?

MH: Of course I can’t know about any other career than the one that I’ve had, but I’m very pleased about the question because I’m incredibly happy to have been able to have been here. I feel like [I’ve had] unbelievable good fortune. And the reason I’ve been able to be here is because of my audience, which even though essentially is small, it’s none the less supported me year after year after year. Thirty to forty years, I mean that’s mindboggling.

I’m in love with my audience. I’m very grateful to them. Absolutely every day I think my audience has given me my life, so I’m grateful for this opportunity – whoever is out there and buying tickets thank you very much for coming along, because you have given me my life.

And also because of the smallness of my physical musical world I’ve felt obliged each year to offer something a bit new. So I’ve developed a huge repertoire and I’ve learnt an enormous amount of music, which I might not have done had I just been trotting around the world playing anywhere. So it’s all been fantastic.

George Grey: After your forced absence from performance, how difficult was it to get back into the role of a professional pianist? Was the mental pressure more difficult than the physical? And how readily can these human frailties adapt to these situations, in your experience? Please share some of your personal experience, and thank you for your wonderful music making. [In 2001 Michael was diagnosed with focal dystonia which meant he could not play accurately his right hand]

MH: What I went through, it showed me there are ways through serious problems. You can have a serious problem, and if you somehow get it together, you can somehow make it through the problem. It’s pretty amazing. Human beings are very adaptable.

MH: It took time. I think some sort of serious affliction will do that to you, and maybe that’s why I had to have it! Otherwise I would have been impatient forever!

Eva: Did you fear you wouldn’t conquer it?

MH: Initially I thought I had a technical problem. So I worked at the technical problem. Then I thought no, this isn’t a technical problem, this is pretty serious. And then there was a moment when I was coming out on the other side of it and there were moments [during treatments] that we would make a tiny bit of progress and I would think, there is a way through this. I just have to accumulate lots of those tiny little bits [of progress]. So I didn’t need to be gloomy. 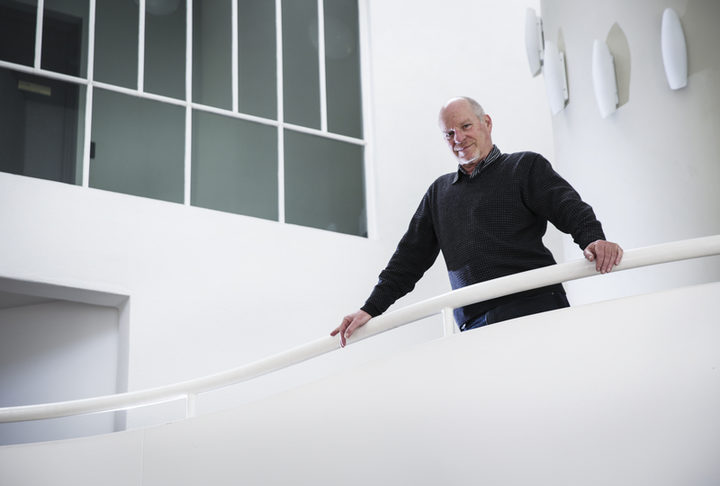 Mrs Needham, Waipu: If you were Prime Minister, what new policies would you introduce for the future health and wellbeing of the arts communities of NZ and what budget would you allocate?

MH: I have no faith in politicians, bottom line. I would never become one – I couldn’t afford to lose that much faith in myself! So I’m happy to sort of sit back and watch what they do, and I think yes we’re in trouble.

The problem is always money. So as long as all the money is going into these few pockets, unless the people with those few pockets have decided to be generous to the arts, we’re had it. Because the government’s not going to be able to do it. Politicians are not going to do it. They’re not going to suddenly close down one thing so that the arts can have more. You’re going to have to find a way to extract the money out of the one percent and redistribute it to the arts, and I just don’t know if any of them have got the guts to do something like that.

Patrick: Are you still riding big motorcycles? And if not, don’t you think it’s about time you bought a Harley Davidson now that Maurice isn’t around to cuff you about the knuckles?

MH: The problem is motorists, cars, and weather. If you could guarantee me an endless string of beautiful days on the road I’d be on the bike in a flash!

Zoe (Upbeat Producer): Is there any work that you won’t play?

MH: Well…yeah. I don’t know! Stuff I don’t play - I play almost no Haydn, which is interesting to me. Haydn has been taken over by students, so I’ve been inclined to avoid it. And there is contemporary music that I won’t play that just asks for too much preparation.

Brian O’Flaherty: What is it about your music that moves you?

MH: This is not easily answered, because I don’t know where my music comes from. And I never have. It was right there. It was just there, and it wasn’t something that I cultivated. It was just something that I woke up to. And it’s constantly something that I wake up to. Because of that, and because I did nothing to manipulate it or put it there, it seems like a magical thing to me. And when it delivered itself to me, it delivered itself with the strength to say, your whole life can be built around this. This is worth a life.