RACHMANINOV: jubilation and bitterness, but sheer poetry from Joyce Yang

Internationally renowned pianist Joyce Yang opened her tour of the country with the New Zealand Symphony Orchestra at the Michael Fowler Centre in Wellington on Friday night. She performed the immensely demanding Piano Concerto no 3. Peter Mechen loved her intoxicating performance. 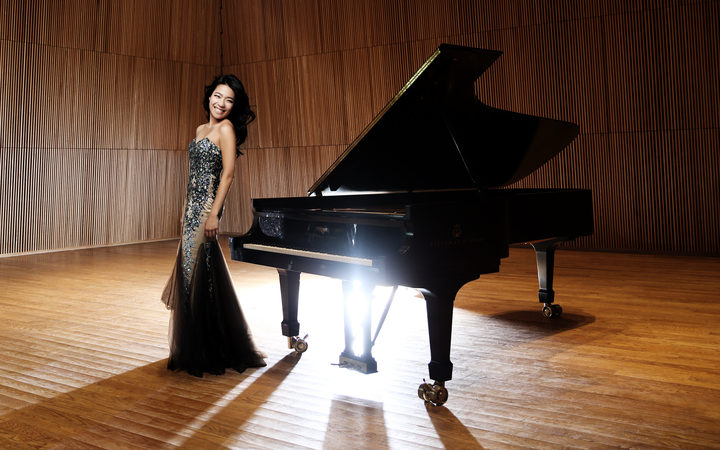 This was an all Rachmaninov programme from conductor Edo de Waart and the NZSO, beautifully devised and for the most part superbly delivered.

The star of the show was obviously the pianist, Joyce Yang, who contrived to give the fearsome D Minor Concerto, regarded as among the most technically difficult ever written, an astonishingly complete performance, not as aggressive and macho as is sometimes heard, but filled with poetic and quixotic touches to set alongside the moments of bravura and excitement.

Earlier, the orchestra and Edo de Waart had breathed into life a superbly realised orchestra-only version of Vocalise, a wordless song in an arrangement made by  the composer; and, following the concerto, had tackled the very last of Rachmaninov's compositions, his "Symphonic Dances", written in 1940, three years before the composer's death.

The first of the three dances captivated with its nostalgic, well delivered saxophone solo, while the second made a suitably macabre "waltz of spooks" impression.To my ears only the the last of the three Dances failed to fully fire in this performance, even though the build-up to the final tam-tam stroke made a properly overwhelming effect.

Elsewhere I wanted more bite, more desperate abandonment in the playing - as would have befitted some of  the composer's bitterest and most pessimistic music - modified rapture, here, then, but thrills and brim-filled emotions aplenty elsewhere!