Wrapping up the Tempo 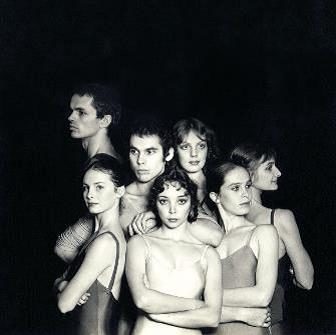 Justin Gregory reviews Auckland’s Tempo Dance Festival shows Limbs@40, Java Dance's The Wine Project, Orchids, and "a world with your wound in it".

The Wine Project is a show that has been around for a couple of years and grew out of an artistic residency director Sacha Copland undertook at a French winery.

It’s immersive; you walk into the theatre and you’re hit by the smell of cinnamon and other spices. During the show the company hand you sprigs of lavender, feed you grapes, shake your hand, whisper in your ear, and make you a part of the show. The story, which is more of a setting than a real narrative, parallels the drama of fermentation with the drama of love and relationships and of course, it culminates in the wine that has been made being offered to some of the audience – not me, as it turned out, but I did catch a scarf that was thrown at me. I might have preferred the wine…

I couldn’t always follow the story of either the wine making or the relationships but I wasn’t concerned. This is a big, warm generous, fun, hoot of a show and I smiled a lot, gasped quite a bit at some of the daring in the dancing and had a really good time.

This was such an occasion. All around me were former Limbs company members and they were ready to have a whale of a time. There was a short video before the show proper began and folks in the audience kept clapping and whistling as they recognised people. Everything was set up for a real celebration of our first contemporary dance company.

And that’s what happened. There were six works from the history of the company and while they weren’t in chronological order, it kinda felt like that.

Mary Jane O’Reilly’s Poi, with music by Jack Body, came first. I’m sure I saw it when I was a kid because I had an immediate sense of familiarity and warmth while watching it. It was very precise, very deliberate and controlled, full of formal movements derived from poi and almost sculptural rather than flowing.

Douglas Wrights’ trio Knee Dance felt like it could have been made today despite it being 30 years old. It’s a work I’ve always wanted to see and it was intricate and demanding and satisfying and timeless. Douglas’ Quartet which was the highlight of the night for me. Once again it felt utterly contemporary, free, flowing beautifully paced with dynamic shifts between group and solo works.

There were three other pieces, one by Mark Baldwin and two by Mary Jane O’Reilly, showing off the versatility of the company. Predictably, but also utterly deservedly, the audience roared at the end of this show. Every one of the Limbs works here taught us something and utterly deserve their place in our dance history. This was a very special piece of programming.

Orchids is a brand new work by choreographer Sarah Foster-Sproull, who has been someone to watch for some years now. She’s danced for everyone you can imagine, made works for most of them, too, and her work under the Foster Group banner is always worth waiting for.

And you do wait a bit! Orchids has been three years in the making and was devised with a virtuoso group of dancers, inducing veteran Marianne Shultz and Foster’s 7 year old daughter, Ivy.

The starting point is the idea of orchids as plants that grow in the spaces already occupied by other plants, an idea of interdependence as well as invasion, competition and conflict. This metaphor transfers onto relationships between women at all stages of life and in all kinds of roles.

As you’d expect from a show 3 years in the making, this is a fully evolved piece of work and very, very satisfying to watch. Over and over, motifs of movement and complexity and genuine beauty unfold across the stage and are wonderfully danced. This is a detailed work, as much about smaller movements as it is the big sweep of a dancer’s body. I’m not sure I’ve ever seen choreography that featured the dancer’s hands and fingers so much. It was utterly intriguing.

This performance felt like a big moment; the arrival of a major new show and the audience were completely with it. A real highlight.

"a world with your wound in it"

There’s an emerging generation of dancers/choreographers who are incredibly interesting to follow and Pacific artist Jahra Rager Wasasala is one of them. Her solo work, a world with your wound in it, happened in the loft space at Q Theatre on Saturday and I say happened because performed is too small a word for what we saw.

Wasasala calls this a cross-disciplinary work and she’s right; it’s equal parts ritual, performance art, poetry, dance, and deep, deep cultural practice. The entire performance takes place around a giant kava bowl and much of the movement is on, in or with the bowl.

Wasasala is drawn back again and again to bowl, drinking its water and becoming possessed as she does. She speaks in tongues, stuttering, struggling to expel and express. Each time, she shakes off the possessions and celebrates, before finally, extraordinarily, raising the very heavy bowl to her lips and draining it into her mouth and over her body and the floor.

I can’t fault Wasasala’s commitment to this fully-realised work and the utter disregard she shows for the safety of her body while she dances. She’s beyond superb in her execution. As a palangi male, it was pretty clear to me that my cultural training wasn’t adequate to taking in this work anywhere near fully. I’m the wrong reviewer for this show. Those sitting around me with a Pacific heritage were enthralled, though, and clearly saw themselves on stage. I’m going to trust them and their response to this work and rue my failure to be able to read it properly.