The sound of silence

What does silence sound like? For deaf people, life isn't silent. In fact noise and sound is part of life. Audiences will have a glimpse into the perspective of deaf people in a new short film.

Tama, showing at the New Zealand International Film Festival and The New Zealand Deaf Short Film Festival, tells the tale of a deaf teenager who feels isolated from his family and community. It gives the perspective of both the hearing and deaf communities, combining the muffled tones of Tama's hearing perspective and the vibrancy of birdsong, wood chopping and speech from the other characters' perspectives.

The film was a collaboration between deaf filmmaker Jared Flitcroft and Jack O'Donnell. "Hearing people hear things like bird sounds, trees moving, people in the background… background noises all the time.

And that's a normal part of life… so we added that into the film because it's normal part of life," Jared says. "Whereas in the deaf world that's not normal. It's not always silent. There are sounds and things like… being underwater. The sounds are different and maybe sound a bit weird but that's the deaf perspective."

Jared usually likes blood and guts. He was first inspired to make films after watching the blood splatter in Peter Jackson's Braindead.

The film he's currently working on is a horror, but in Tama Jared is channeling his love of blood through heart instead. Tama is grieving and is struggling to communicate with his family.

Jared says the character reflects so many people in the deaf community.

"A lot of deaf people within their own communities and families feel isolated due to a communication barrier," he says. "But for the hearing audience I wanted to make an impact that communication is important, it's essential." 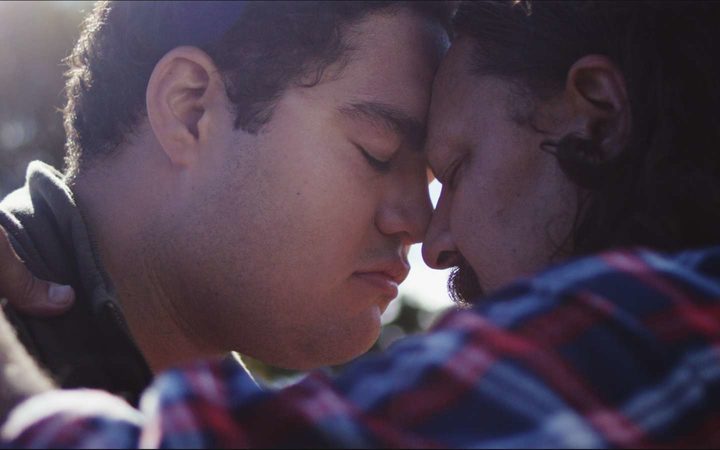 Communication comes in all shapes and forms. For Tama he finally finds his voice through the haka and is able to communicate, finally, on a level that his father can understand.

"The haka [is] a symbol of change. In the film you'd see Tama change from this weaker person, someone who can't communicate and as he learns the haka he becomes a man," Jared says.

"He realises he can do it. He's representing the way he has changed… the way he can stand up to his father and say "look at me, look at me I am communicating with you"."

Big name film director Danny Boyle says sound makes up about 80 percent of the cinematic experience, so you would expect deaf people to miss out on a lot of that.

But Jared says turn up the volume and deaf people love it, even though hearing people might find it a tad uncomfortable. "If you're watching Tama, or watching another movie, if the sound is up loud enough you can feel the vibrations in the theatre," he says.

"It's the same for deaf music. We feel vibrations. And maybe for a hearing person it's like "Ahh, that's way too loud!" but we're like "nah we love it". It's awesome."

Finding a medium for communication isn't always easy, but Jared has been able to share a story through visuals. Audio is a little more difficult. Radio is not a medium which deaf people can usually engage, but Jared says that collaboration between the deaf and hearing communities in this medium is a way to bridge the gap.

"Radio has been something for deaf people, [they] have just been like "Ah ok, whatever, there's that thing in my car that turns on and makes sound but it's not something that's part of my life"," he says.

"Being able to be here [at RNZ] and to have the two languages - English and [New Zealand] Sign Language - at one time, it's great.

It is also part of the New Zealand Deaf Short Film Festival in Wellington September 8-10.