The renaissance of taonga puoro - traditional Māori musical instruments - continues to build, with a major collaboration between leading chamber ensemble STROMA and two of Aotearoa's top performers of taonga puoro, Ariana Tikao and Alistair Fraser at Hannah Playhouse this week.

The concert Tātai Whetū ("the constellations") features a number of taonga puoro, including Ariana's specially crafted pahu pounamu - a pounamu 'gong'. Ariana and Stroma Music Director Michael Norris talk about the unique collaboration fusing Māori and Western musical instruments to tell the stories behind the constellations. 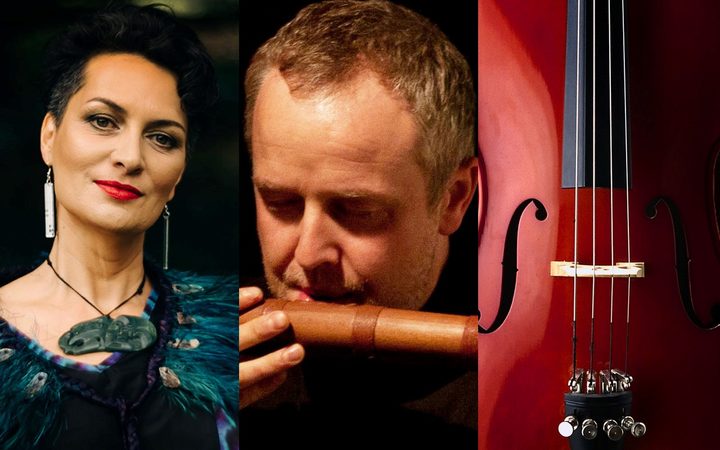