Why virtual reality is important for the survival of classical music 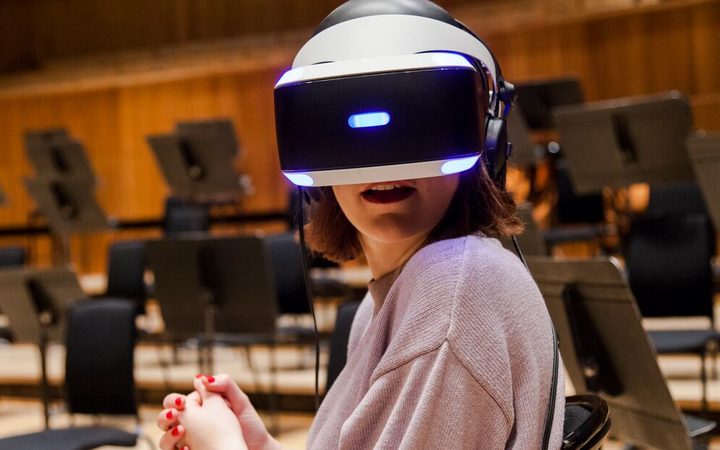 London’s Philharmonia Orchestra has developed a new PlayStation app that allows users to experience what it's like to sit in the middle of the orchestra. The Philharmonia's head of digital tells us why VR plays an important role in the survival of classical music.

Ever wanted to experience what it's like to sit in the middle of the orchestra surrounded by talented players? London’s Philharmonia Orchestra's new app lets people do it by using 360 video.

"I think on a flatscreen you don't realise what a dynamic, exciting organism the orchestra is, and I think the great thing about VR is that it's much more visceral, and you really understand what's going on," says Luke Ritchie, London Philharmonia's head of digital.

The London Philharmonia produce a lot of video for both YouTube and their own website and have seen a massive spike in ticket sales as a result.

Their use of digital has allowed them to reach much bigger, younger and more diverse audiences, which Ritchie says can often be a challenge.

VR is not a passing fad like 3D TV, he says, "It's going to be a really interesting, new form of media ... You could be watching the Philharmonia performing a concert just on your TV ... but one person could actually put on the headset and be inside it, and that's where I think it's going in the longer term."

If you've got a PlayStation with a VR headset, you can download the app here: http://bit.ly/2rTAtyf 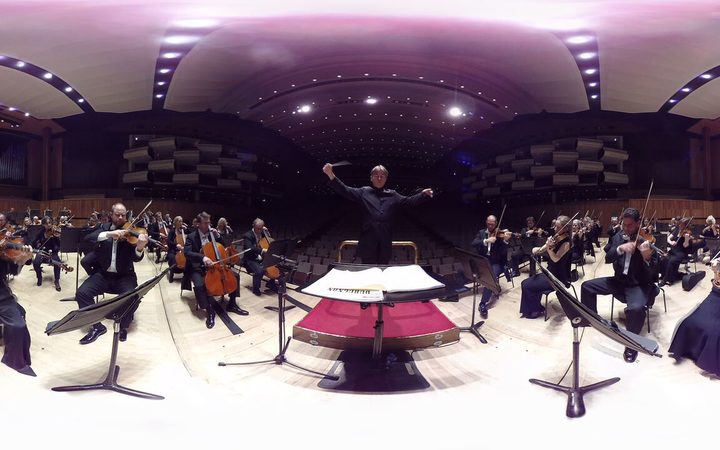