Behind the velvet curtain of RNZ Concert 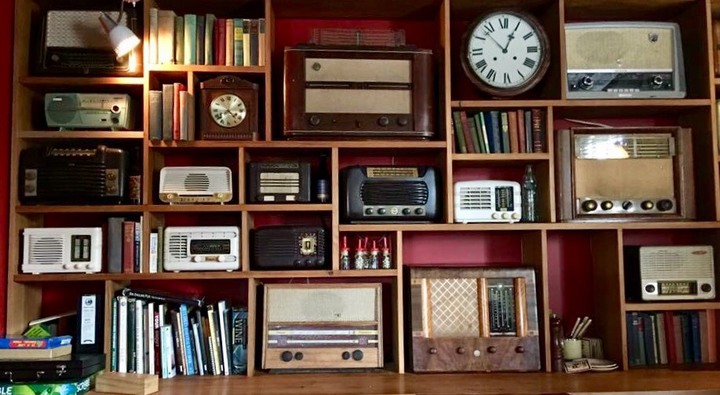 A collection of historic radios in Laboratory pub in Lincoln Photo: Chris Reid

World Radio Day (13th February) is a UNESCO initiative to celebrate radio and its unique power; to share ideas, information and music, to touch lives and offer companionship.

At RNZ Concert, bringing you the music is a technical business. This World Radio Day, we invite you behind the velvet curtain and into a world with flashing lights, endless cables, its very own anxieties and its very own language...

The volume levels of music and microphone which the presenter/operator is required to monitor at all times. Often these levels can go desperately quiet (setting off silencer alarms) especially during softer organ pieces but can also then reappear quite suddenly and forcefully causing distortion (during the same piece). 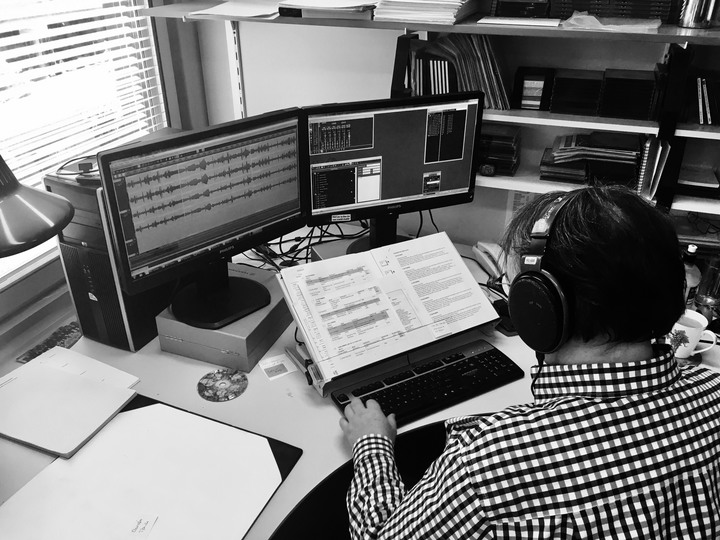 Our producers and engineers favour Sennheiser HD650. They’re really good quality and great for mixing audio as they have good sound across a wide frequency range, great tonal quality and imaging, and have that ‘airy’ open-back sound that is good for listening to (auditioning) classical music. They’re also really comfortable to wear over long periods of time. 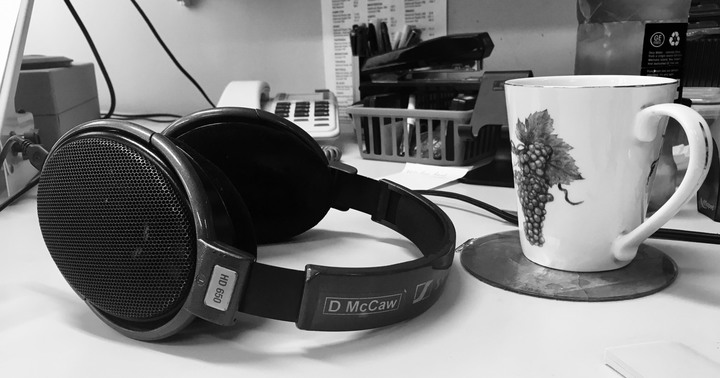 The RNZ Concert desk is driven (yes, we drive desks) by the presenters. Look at all those buttons! 'Rocket Launcher'  has to be here somewhere... 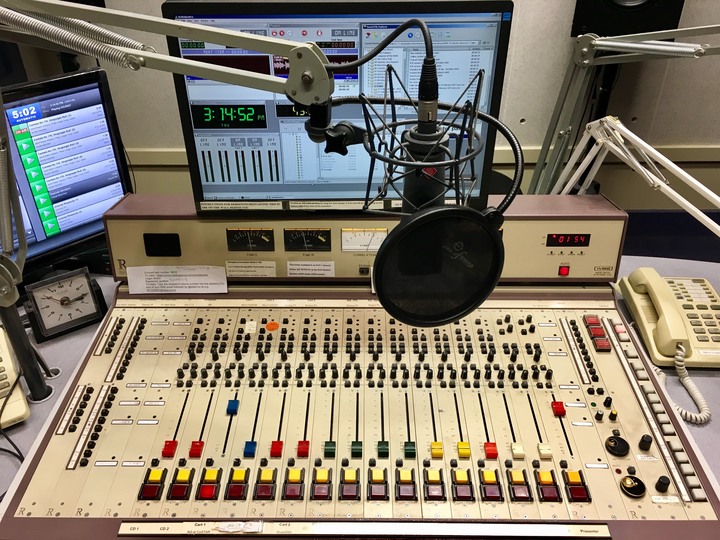 Stands for ‘outside broadcast’

We regularly broadcast concerts live from venues such as the Michael Fowler Centre and the Auckland Town Hall. It’s a highly complicated and detailed process that our hugely creative producers and engineers have down to a fine art. We love it!

This has nothing to do with traffic lights and fluoro lollipop safety signs. Rather this is the command the producer of a live outside broadcast gives to the studio presenter to fade down the music and switch the desk to the OB venue. It hasn’t always been these two words. OB producer David McCaw noticed that in the continuity throw from the YC suite to the Wellington Town Hall for the 1947 broadcast (the first) of the National Orchestra, the announcer used the phrase “now we’re passing over to the Wgtn town hall”. As a tribute to the occasion David had the presenter use it as the throw to start the NZSO 60th broadcast.

We’ve all been there before! The Driveway Experience is when a piece of music (or conversation) is so compelling that you have to stop your car and listen until it is over. It’s sometimes also known as an ‘ignition-killer’. 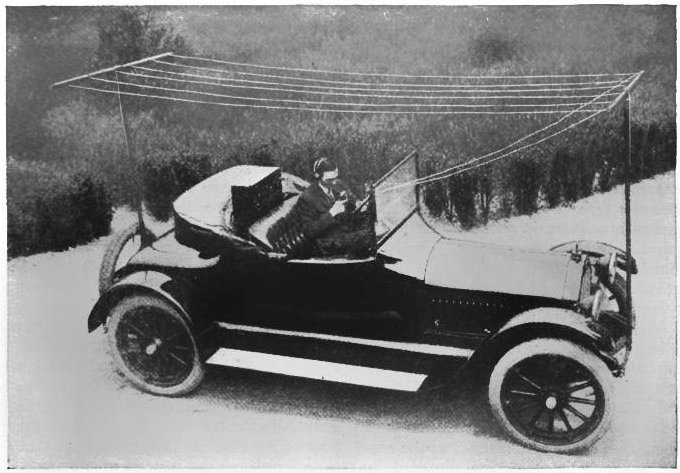 An amateur radio set installed in a car by A. H. Grebe, a radio manufacturer of New York in 1919. Photo: Public Domain

This stands for Master Control Room where engineers get to play God. From here the engineer on duty (John Roberts) monitors all our transmitters around NZ, the switches between different studios and various outputs to ensure consistent quality control. 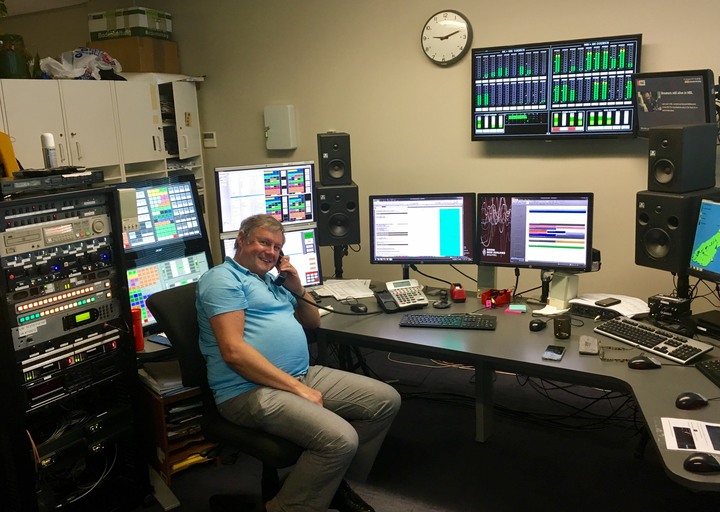 Presenter Peter Sledmere came up with this endearing term for the hardest working presenter on staff. Robojock isn’t perfect though. Give him a dirty or damaged CD and he will come to a halt. 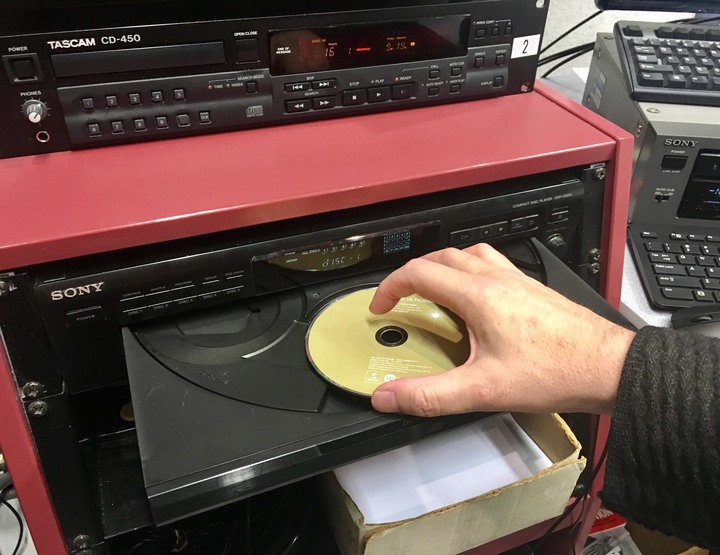 A short piece of music that separates two programme elements or introduces a new programme. Norman Meehan’s Upbeat theme is a ‘sting’.

Microphones are very susceptible to big bursts of air and can be easily overwhelmed by plosive consonants (‘p’ is one of the worst offenders). A ‘pop filter’ can become your best friend in these situations. If interested in DIY radio, note you can make one from a pair of pantyhose and coat hanger wire. 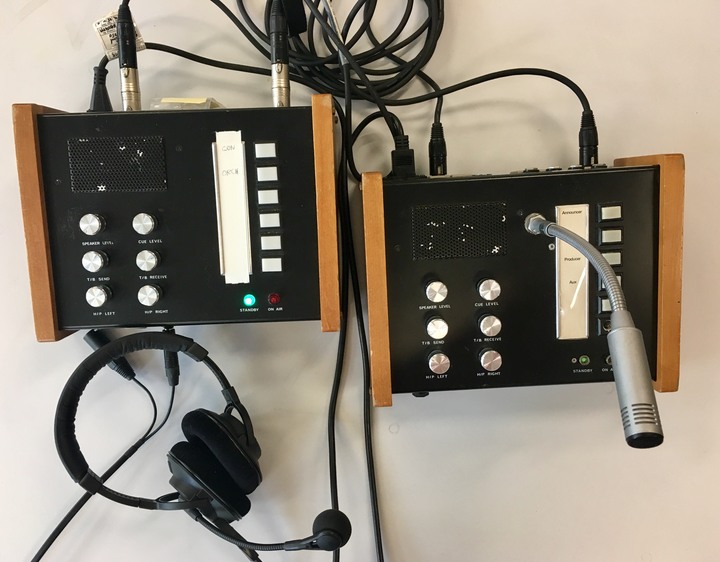 This is what we call the system used on OBs (see OB) where the remote location team and studio can talk to each other without being broadcast. It’s also used as a system of communication between two sound proof studios in the same building and for the news desk to speak to presenters.

When either the equipment or the presenter is to blame for an interruption to the broadcast. Listeners will be familiar with the term “We are experiencing a technical error” this can mean anything from a stuck CD, to a crashing computer to a fire alarm.

This is time on air when there’s no audible transmission The sound of silence – the sound broadcasters fear most i.e. if the CD stops while the presenter answers the call of nature, or if Robojock has an incident during the night time 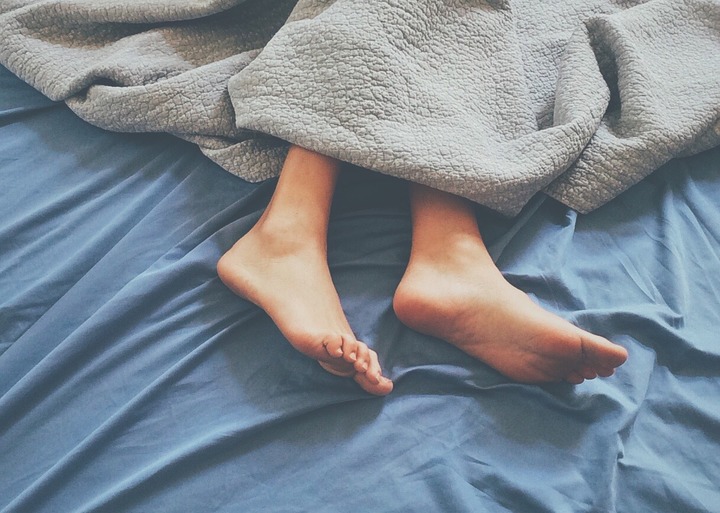 To sleep, perchance to dream (but no nightmares, please) Photo: Public Domain

And speaking of dead air – because it is so frightening, broadcasters frequently have recurring nightmares about it called Dead-air-mares

These can involve a presenter trying to broadcast in a variety of unusual and irrational situations – often lacking vital equipment like a working desk or voice. One usually wakes from these Dead-air-mares drenched with sweat, shaking with adrenalin and consumed with relief that it was all a dream.

I regularly have (or at least, dream of having) a pile of CDs and nothing to play them on; this goes back so far in my broadcasting career that it used to be vinyl discs. Another variant is that equipment disappears bit by bit from the studio, until I’m in an empty room, with two hours of a shift left to fill. I remain anxious for a while, even after I wake up.

(And by the way, I still have nightmares from my seafaring days, more than fifty years ago. One particularly vivid one involves steering a ten-thousand-ton ship up the main street of a town.)

I have a recurring on air nightmare where I can’t see. Either I’ve lost my glasses, or I’ve gone blind, but I’ve lost the programme material and the CD is coming to an end and everything has gone black….

When I read news on national some years back I used to have the nightmare that someone had handed me the news - handwritten in illegible scrawl and I was desperately trying to decipher it as I read it out on air.

Once I did an entire live Upbeat interview whereby the line setting was wrong somehow and listeners could only hear one side of the conversation (completely unbeknownst to me).

When I first started on air I had many ‘dead-air-mares’, they were all horrifying. In one of them I found myself in a  park where a ‘desk’ / operating console was sitting on the grass. Whatever was playing from it was coming to an end and I couldn’t find anything else to play (there were no CDs in the any of the cases), nor could I find anything to say, or figure out how to operate the desk. All there was to do was to feel each awful second of dead air as it inevitably occurred. The dread!

I recently dreamt I was reading the news when the copy became a whole lot of random words jumbled together – like a nursery rhyme backwards. I continued to read while trying to attract the attention of the bulletin editor who couldn’t (or wouldn’t) see me. I kept going and tried to ad lib, but my voice started to crack, my mouth went dry and I couldn’t talk at all (which incidentally never happens to me). Then there was silence - lots of silence and the red on-air light staring accusingly at me