The new opera The Bone Feeder composed by Gareth Farr and written by Renee Liang is rich with complexity. English, Cantonese and Maori languages intertwine reflecting the story of a young New Zealand Chinese man trying to trace his ancestry.

Farr tells the story musically by combining western instruments with traditional Chinese flutes, fiddles and zithers, along with Taonga Puoro, a combination that has not been heard previously. The opera, which is inspired by the sinking of the SS Ventnor in 1901, will premiere at the Auckland Arts Festival in March. 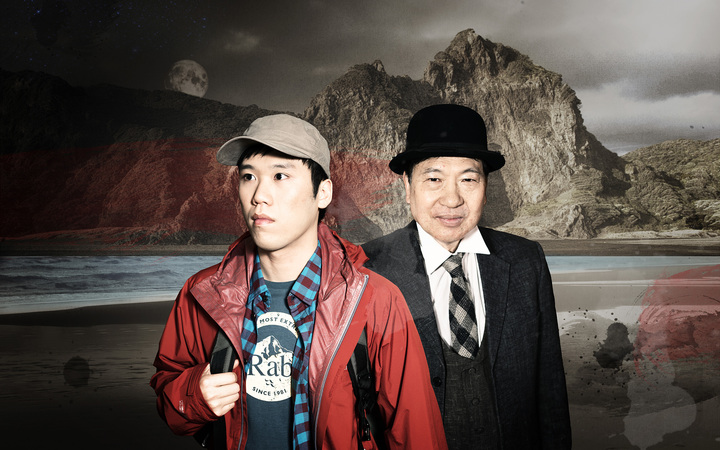 The Bone Feeder will premiere at the Auckland Arts Festival in March.

The opera was inspired by the sinking of the SS Ventnor in 1901 which went down in the Hokianga Harbour with the remains of 499 Chinese miners on board.

Because it sank in such deep water it’s only in recent times the wreck has been accessible. But after the sinking the very distinctive coffins which housed the bones of the Chinese miners came to the surface and started to float to neighbouring beaches. These coffins were collected, protected and cared for by the local iwi at Mitimiti.

The opera tells the story of a young New Zealand Chinese man who is trying to discover his ancestral history, interwoven with the experiences of early Chinese settlers and their interactions with Pākehā and Māori.

“All of us come from voyaging pasts,” Liang says. “All of us have had to speak for why we belong here. The opera is about how do you speak for why you belong, where do you put your roots down and when can you stand on a piece of ground and say you truly belong.”

This is the first time Farr has worked on a full length opera and the first time he’s worked with Chinese instruments and musical style. The challenge for the composer was to combine Liang’s script written in English, Maori and Cantonese, with music encompassing western, Chinese and traditional Maori instruments.

Balancing the instruments was important for Farr, but the real challenge was setting Cantonese to music. The language is very musical as different tones and pitches have very different meanings. This could have an effect on the melodic potential, but Farr turned to fellow composer Gao Ping who told him “You have to still be free to come up with a melody that you want, and as long as you know what those tones are, you’ll probably end up with a melody that sits well with them”.

Despite that Farr says it was extremely challenging. “I’ve never ever done anything so complex in a musical sense”.

The opera, which is only 80 minutes long is directed by Sara Brodie and conducted by Peter Scholes. It features  Jaewoo Kim,  Henry Choo, and Te Oti Rakena in the lead male roles, with  Xing Xing and Chelsea Dolman as the women.

The Bone Feeder opens on March 23 at the ASB Waterfront Theatre in Auckland.