50 years of the Frances Hodgkins Fellowship 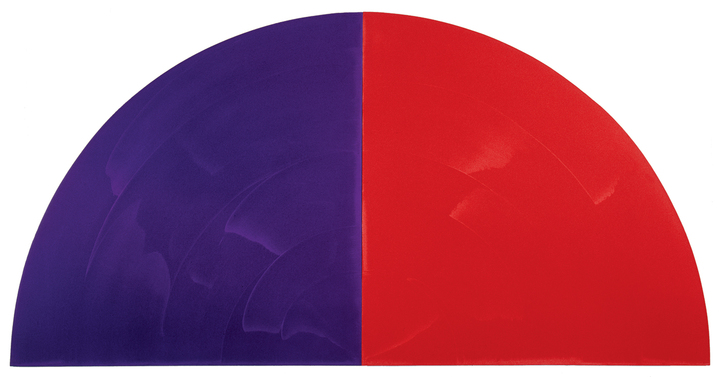 For 50 years, the Frances Hodgkins Fellowship has encouraged New Zealand artists ‘in the practice and advancement of their art’, providing them with studio space in Dunedin and a year’s stipend.

This weekend Undreamed of …50 Years of the Frances Hodgkins Fellowship opens at the Dunedin Public Art Gallery and at the Hocken Library to mark the anniversary. The exhibition will feature works from 49 fellows including the likes of Michael Illingworth, Graham Sydney, Fiona Pardington and Miranda Parks.

Curator Priscilla Pitt has been travelling the country, tracking down works by the artists and learning more about how the year-long fellowship influenced the work produced.

“For some people, being outside their own sphere is really important. They meet new people, they see new things and it switches something in their minds. It is a game changer for a lot of people. They go there and something new will materialise for them,” Priscilla says.

Having the freedom of time and a space to call their own completely changed the approach of some artists. Gretchen Albrecht, who won the fellowship for 1981, went to Dunedin planning to do square canvases, but ended up creating her now famous hemispheres, Priscilla says.

“Apparently she was talking to Cilla McQueen over drinks and Cilla said, ‘What are you going to do?’ and she suddenly said, ‘I’m going to make hemisphere paintings.’ And of course we all know Gretchen’s hemispheres and that’s where she started doing them, so the very first one of those will be in the exhibition.”

The Frances Hodgkins Fellowship was initiated by art patron and literary editor Charles Brasch because he wanted to support local artists to develop their work.

“[The New Zealand identity] was important and I guess he didn’t always want people to be looking overseas to see what was important. He wanted things to be made here that were by and of and about New Zealand,” Priscilla says.

The title of the exhibition comes from a letter Frances Hodgkins wrote to her patron Lucy Wertheim in 1930, while Frances was living in Flatford Mill in Suffolk and receiving financial support from Lucy.

“She wrote this letter saying that the possibilities were undreamed of and she was really getting into the work [because of the patronage] and she was in a new place with some financial support and I think that is exactly what Charles Brasch envisaged for the fellowship and it’s really what the artists have benefitted from.”

On display at Undreamed Of… will be works (most often) created during the artist’s fellowship year, and a more recent artwork, to show the development of their practice since their time as a fellow.

The exhibition also highlights the development of art over the last 50 years. The early fellows described themselves in quite conventional ways such as a painter or a sculptor or a print maker, but now the younger artists and more recent fellows would not define themselves so narrowly because they work across different media, Priscilla explains.

“Andrew Drummond came along in 1980 and made performance works and some of those altered the landscape, so that was really reflecting what was happening in New Zealand and overseas in terms of post-object art. So that was a bit of change in the fellowship I think. Then we have Siegfried Koglmeier some years later and he was making installation works most of the time, performance-based works.

“You can see quite a shift in the way people position themselves.”

Undreamed of… 50 years of the Frances Hodgkins Fellowship is on display at the Dunedin Public Art Gallery and at the Hocken Library from 5th November 2016 – 26th February 2017.