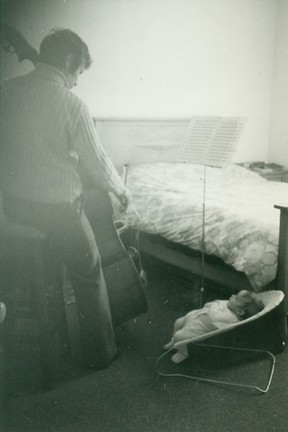 Nick Tipping as a baby with his Dad playing bass Photo: Supplied

His parents Simon and Rachel Tipping are both musicians and music teachers.

His grandfather is Peter Godfrey – is known to many as the father of choral music in New Zealand. 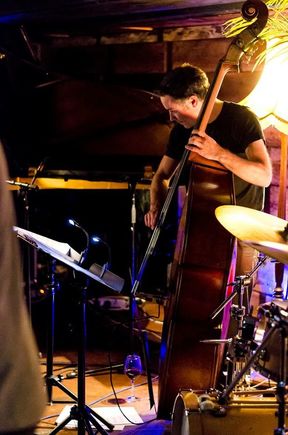 Cynthia Morahan spoke to Nick about whether his musical pedigree affected his choice to follow a life in music.