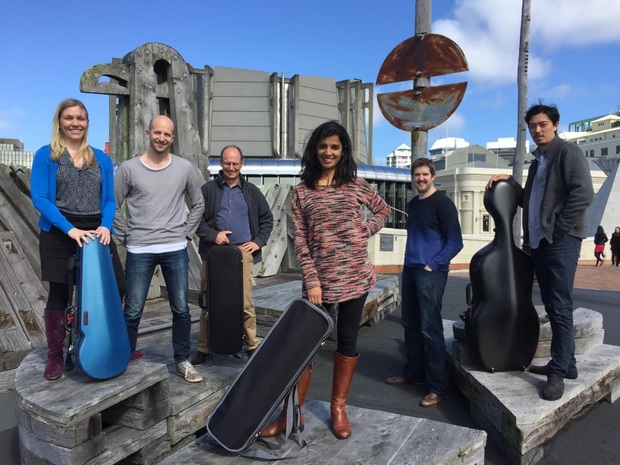 Christchurch’s season of chamber music, Christopher’s Classics, begins with a concert from the Amici Ensemble playing string sextets by Tchaikovsky and Brahms as well as a new commission from Anthony Ritchie about the life of that most astounding of insects – the ant. Violinist Donald Armstrong was the founder of the group back in 1988 when he’d just returned from overseas to take up the position of Associate concertmaster of the NZSO, whereas Malavika Gopal is the most recent member. She’s returned from study and performance overseas to join the NZSO. Malavika left New Zealand to study at the New England Conservatory in Boston and she’s just spent a couple of years as the first New Zealander in the famous Leipzig Gewandhaus Orchestra.