Tiny Ruins at the City Gallery

Songwriter Hollie Fullbrook conceived the alter ego Tiny Ruins in 2009. The sound draws on ethereal and grungy soundscapes - her lyrics are laced with a dark humour and her lyricism has a disarming simplicity.

Eva Radich chats with Fullbrook ahead of her performance at Wellington's City Gallery for Tuatara Open Late.

Fullbrook told Upbeat that Lynch discovered her work via a student radio station in Los Angeles just over a year ago. “He tweeted about us, saying 'I found this band and you should check it out',” she says. “I awoke to activity on my phone; of missed calls, messages and retweets and thought 'what’s going on?'”

It was a surreal experience for her, as she was talking to a work colleague only the day before about David Lynch’s transcendental meditation zone while questioning her ability to be a songwriter for much longer. “My colleague was freaking out!” she says. “It was like David Lynch was listening in on us. It was very strange and exciting. It felt amazing to be recognised by him.”

It took another New Zealander to get them together. Lorde was working on The Hunger Games soundtrack and offered to connect the two artists.

So Fullbrook flew to LA to put down the track at Lynch’s studio, which is also a cinema with massive speakers located behind a projection screen. He records his music in the same studio in which he edits his famous surrealist films.

It could have been a daunting experience; however he made her feel at ease straight away. “The first thing he did was offer me coffee,” Fullbrook says. “We did get along well. He was funny, with a lot of stories. He had a way of putting you at ease which made you want to tell lots of stories. I wouldn’t normally be like that.”

Although the track is true to what Fullbrook originally imagined, Lynch put his mark on it too. He uses a synthesizer in a lot of his films and, within 'Dream Wave', atmospheric space synth sounds feature.

“He’s good at unsettling the view in the visual scene and the soundscape he’s playing out,” she says. “He’s in tune with how to do that with music and film. There’s real tension. When watching his films I’m almost always on edge which makes me want to keep watching; which heightens the experience.”

The set-up at Lynch’s studio was also a little bit different to what she was used to, with amps and instruments in one area, and a booth for vocals in another. Recording guitar and vocals separately wasn’t something Fullbrook had considered. “We’ve started experimenting with separating vocals and the guitar. I’ve noticed my guitar playing is linked to the rhythm of my singing and have found it difficult to do it separately,” she says. “But it does give you a few more options when mixing and can bring out something different in the vocals. If I’m free to focus on just the vocals it can push you a bit more. You put all the feeling and intensity into the vocals.”

She’s back in the studio once again to record her third album with her band – Cass Basil, Alexander Freer and Tom Healy – who she refers to as her 'dream team'. They are recording at The Lab, the same studio she used for her 2014 album Brightly Painted One. The intensity is once again coming out in this album too. “We are in close proximity with each other,” she says. “It can be challenging and the performance is quite intense!” 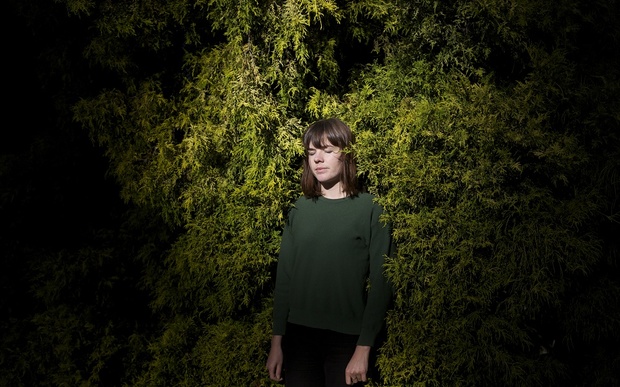