The Art of Etiquette – drag shows

In this week’s episode Upbeat producer Zoë George goes behind the glitter and glamour of drag shows. What is a drag show? Can I get on stage with the performers? What’s the proper way to address a drag performer? And what is “throwing shade”? The sassy Stephii Onassiss 'Miss Capital Drag 2016' is our etiquette expert. 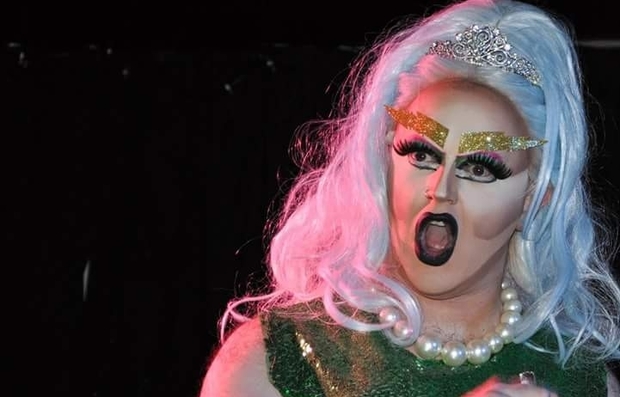 Queen Katya Zamolodchikova describes drag as “Drag is a parody, a satire, a send-up, a critique. The act of getting into drag is inherently a critique of clothes, identity and behavior”… is that accurate?

How do did you get your name?

Honestly I hate being called Steve so I gave myself a nickname.

How do you choose your music is it all Donna Summer and Abba?

No. Again because so many young performers are coming through Lady Gaga is popular. I love well-edited tracks. You throw in spoken word, there’s a lot of storytelling, I threw in a crying track and pop, weird noises and some opera and cut it to go something a bit more upbeat. It depends where you’re performing. Who am I performing for and the vibe of the place.

Where do we find drag shows?

A lot will happen at variety and burlesque nights

What should I wear to a drag show?

Dress up if you want; it’s drag we love a dress up. But don’t feel like you have to.

Can I clap, cheer and stomp my feet?

Yes, make noise. If you see something you love then cheer. There’s moments when you’ll see costume changes or something very gymnastic, like the splits, flips or “death drop” which is when you go from standing to on the ground in a second. Cheer, click your fingers and scream “yaass”.

It heralds back to New York drag balls and the voguing scene and it's lingo that came from there and worked its way from there.

No don’t boo. Also don’t heckle unless you expect it back.

Be polite, sit there and wait for it to be over. Acknowledge the performance has happened and bad mouth it when you leave… out of earshot!

How should I engage with the host/MC?

With them you can heckle if you expect it back. I’m not going to sit there and let you shout things at me

It’s an underhanded insult, or a back-handed compliment. The emphasis is on the backhand.

Can we get on stage?

No. this is for your own safety. I watched a video of a drag queen in the States, called The Princess. This drunken girl got up while doing her show. The princess grabbed her ponytail and dragged her off stage.

I have had similar happen. I had a fake cigarette and had a girl get up on stage to try and light it. I had to push her off!

It’s bad etiquette. It’s for your own safety, unless you’re invited.

What happens when you are invited on stage?

Follow the lead. If you’re pulled up for a purpose and if there’s a chair, sit in it. In my case I was doing a hen’s night we want to be on stage too, and they danced with me. Then they wouldn’t leave so I took a seat! I kept performing but it was their show! Obviously if you’re invited, follow the cues.

If I don’t want to be involved…where should I sit?

Sit at the back. If you don’t want be too involved, don’t put yourself in a place where you might be seen.

Those who do want to be involved stand out more. That’s everyone else’s saving grace.

Do performers come out into audience?

If there’s space and if the stage is low enough to step off.

Can I touch when a performer is near me?

If they come by and they are stretching out their hands, grab their hands. In Auckland you invited to give tips. There’s etiquette around tips. Read the situation.

What should I do when mingling with the performers after the show?

That’s when the touching happens and it should not. People want to touch my face and hair, and fake body parts. Think of “would you touch a strangers “blank”…would you touch it”? The answer’s usually no.

When socializing, what pronouns should we use?

She for queens. He for kings. But a few people like gender neutral. A singular “they” is my fall-to. It feels natural.

Technology. Can I use it during the show?

We don’t look this good to be just a memory. Take a photo, film our shows. That doesn’t happen a lot. If you pull a camera out you will get 10 drag queens. Like moths to the flame.

In a picture can I put my arms around you?

Yes, but touching is about consent. I did once have this woman part of a hen’s party come up and ask if she could touch my butt, I said no, that was the nicest thing for me. She asked.

I have carved up couch cushions to pad out and although it’s just fake still my body. But ask, if you ask I might let you touch it. If you’re curious about what is, the lack of consent that is not cool. Don’t touch the hair and face.

Can I put my arms around your shoulders?

If there is hair on the shoulders no. Be mindful of these things. The hair could come off and we don’t want that.

If I want to be drag king or queen what should I do?

Just do it, watch videos online. Talk to drag queens and kings about it. For all our sassy snarkiness, we are nice people usually. Certain level of commitment and money you need to spend sometimes. Costumes and make up isn’t cheap I wear theatre grade make up.

There’s lots of falling over. Almost too many times to count.

It’s break a leg in theatre, what is it in drag?

Break a heel or break a nail.