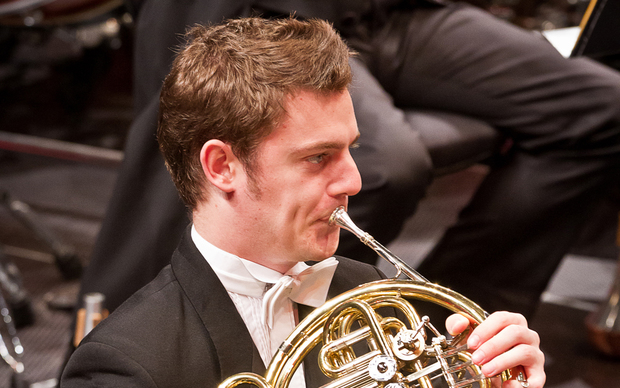 Former NZSO principal horn player Samuel Jacobs is back to solo with the orchestra this week, playing Mozart's Fourth Horn Concerto conducted by Edo de Waart. It's something of a warm-up for his return to the principal horn's chair next season.