Messiaen meditation on the hereafter a first for NZSO and NYO 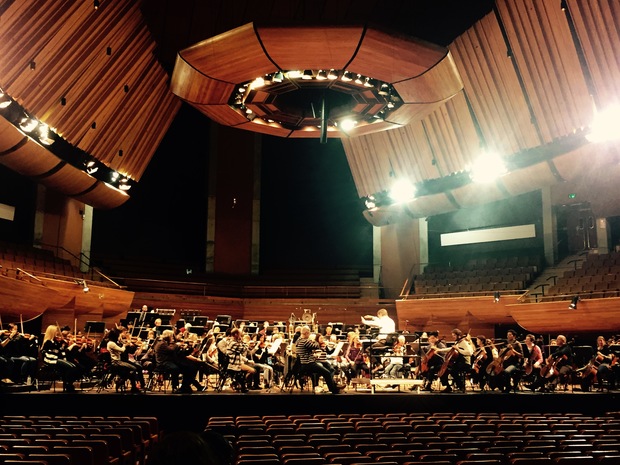 The New Zealand Symphony Orchestra and NZSO National Youth Orchestra in rehearsal with Sir Andrew Davis, to perform Messiaen's 'Illuminations of the Beyond' Photo: RNZ/Hannah Darroch

Dominic Groom reviews a rare performance of Messiaen's last major orchestral work Illuminations of the Beyond. This was a landmark performance for several reasons: the debut here of British maestro Sir Andrew Davis, and the first time the New Zealand Symphony Orchestra and National Youth Orchestra had performed together. The work is a monster, requiring over 120 players.