The Art of Etiquette - contemporary dance

Art comes in many shapes and forms. So far on The Art of Etiquette Upbeat has covered ballet, opera and musical theatre, wine tasting, art galleries and symphony orchestra.

This week, Upbeat producer Zoë George steps back into dance… contemporary dance that is.

What is contemporary dance? What does it mean? And is it ok to tell a dancer to “break a leg”?

She’s choreographed a number of her own works, and recently performed with Neil Ieremia’s Black Grace for the Auckland Arts Festival 2016.

She’s currently working on Manaia which goes to stage on July 5th.

Gabrielle has some rules for us to dance by. 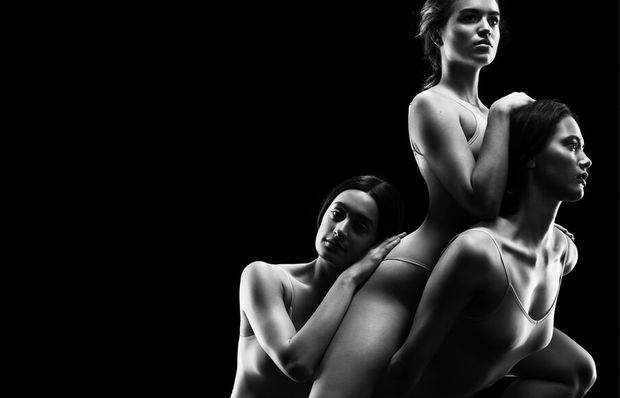 ZG: What is contemporary dance?

GT: That’s a big question! It’s movement with expression; telling stories; it’s a grotesque version of our body language. It’s many genres all mixed together and it’s the voice of the choreographer.

What does it mean?

It’s for the audience to interpret. It’s like looking at a painting. Also someone might be having a bad day, then they come and see a show and it might enlighten them.

If I don’t understand it can I ask someone?

Yes. Talk among yourselves. “Ask yourself why do I like it, why do I not like it?” In terms of emotional journey how does it make you feel? All those things are relevant. And it’s great to chat with the artists after the show. There’s always a chance to mingle after the show.

What kind of questions do you like to be asked after the show?

If I don’t like it, how do I tell you without insulting you?

It’s ok not to like something. It’s good to be able to talk about why. What’s the point of saying “I didn’t like it”? Put some thought behind it.

Yes, but we know that language though! We always know if someone doesn’t like it. We know people didn’t like it when they say they were tired while watching it.

Can the audience be vocal? Can we yell out our favourite dancer’s name?

Yes. It’s great to give support. It takes a lot of courage and energy to get up on stage and perform. It’s wonderful to get a response.

You wouldn’t swing doors open and flood the space light during show, or play music in the audience. Regarding applause, clap when if you feel it’s good, but I also think if you don’t like something you don’t have to clap if everyone else is.

Booing also occurs doesn’t it? How do you deal with it?

You have a job to do and you just get on with it. As an audience member, there’s been times when that’s happened and people thinks it part of the show. If you feel uncomfortable or it’s disturbing your experience, then speak up.

When should we arrive?

What should I wear?

It doesn’t matter. Don’t rock up in your undies or PJs! Jandals are fine. It’s to do with the venues too. There’s lots of different scenes in Contemporary art. Going to see underground shows is different than going to see something at the ASB theatre.

Turn it off in the show. If you want to get pictures with the performers afterwards that’s fine.

Can we have snacks while watching the performance?

No. I’m old school. The smell of food and sound of chewing it can disturb the person next to you who’s trying to engage with a piece of art.

Regarding dance class etiquette… How do we find a class?

There are a lot around. Get in touch with dance institutions; they can send you in the right direction.

What skill level is suitable for me?

Give it a go and find out. I think people get nervous about it. But everyone in the dance studio has had to put themselves on the line. It’s fine. Be brave. Kia Kaha kia maia.

What about etiquette for “newbies”. Should I stand at the back?

It depends on the style of the class and the way it’s taught and what level you’re at. To engage with new material sometimes it’s good to be at the front. It’s common sense. If you can’t see you need to move to where you can see. Sometimes being in the middle is a good place to be as if the choreography changes direction you’ll be able to see what’s happening.

What should I bring to class?

For a contemporary class, comfortable pants you can move in. A singlet, a long sleep top for floor work, hair tie, drink of water and a towel.

What about shoes, can I wear street shoes?

It’s bare feet and socks. That’s to do with the special floor. Socks are good for footwork so you can slide through the floor.

If I want to be glamorous and wear lots of jewellery is that ok?

It’s a bit dangerous. I’d say don’t rock up with jewellery. For example if you’re rolling on the floor and wearing a big bracelet you could bruise yourself.

If I’m not too sure what to do should I ask the teacher about the moves?

Yes, it’s good to ask. Each tutor has their own vibe. I have been in class where a student has corrected other students and they’ve been wrong. A good leader can also follow.

If it’s not my thing can I sit down or leave?

If you’re leaving it’s always good to say “I’m off now, thank you”. Otherwise we don’t know why you’ve left. As a tutor there’s a responsibility. It’s also fine to sit down, but it’s also important to keep your energy up and tautoko (support) the room.

What are some things that are not acceptable in both dance class and in the audience at a performance?

In class, taking over from the tutor is bad! And in the studio if someone decides to sit and have a sandwich during class, which would be weird!

In the audience, it’s not good to have a big conversation like you’re not in space. And no streaking!

What’s some advice for those thinking of going to a contemporary dance class or performance?

Just go. And don’t worry if you don’t know what it is. If you don’t like it try something else. There are many different styles. Ask questions. Don’t be afraid, you’re not going to get it wrong. We are all human.

And finally, in theatre it’s “break a leg”, in ballet it’s “toi toi”… what’s it in contemporary dance?

Of course it’s ok to say “break a leg” to a contemporary dancer.