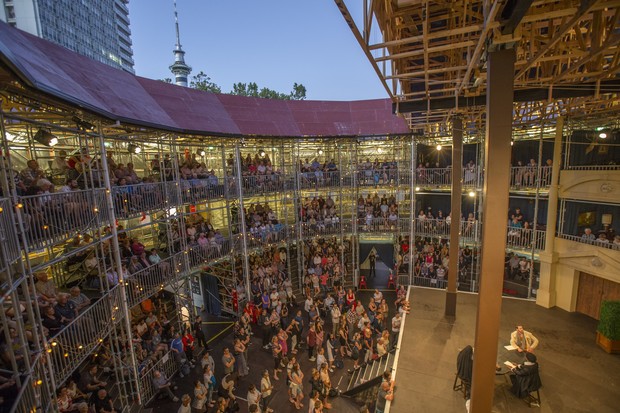 Inside the Pop-up Globe in Auckland Photo: Supplied 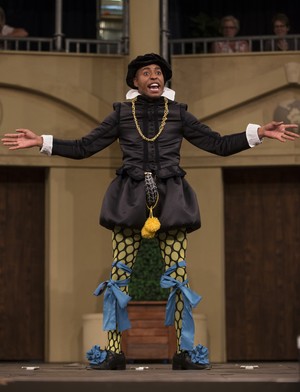 A scene from 'Twelfth Night' at the Pop-up Globe theatre in Auckland Photo: Supplied

Aucklanders still have a chance to see Shakespeare's works in action, as the Pop-up Globe season has been extended once more.

Two additional weeks of Romeo and Juliet, and Twelfth Night go on sale today to take the season through until May 8.

The Pop-up Globe is a full replica of the second Globe theatre.

Since opening in February, over 80,000 tickets have been sold, nine companies have presented 10 different shows and 20,000 school students have attended performances.

Artistic Director and Founder of Pop-up Globe Dr Miles Gregory says the response has been astonishing.

"We've been overwhelmed by both demand for tickets and the most amazing feedback from many people who, like me, have loved their experience at Pop-up Globe."

April 23 is recognised as the anniversary of the death of William Shakespeare - with this year marking 400 years since he died.