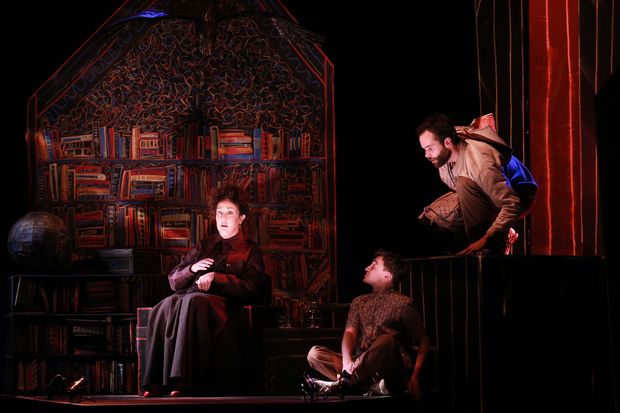 The Book of Everything set design by John Verryt Photo: Gate Photography

Leading New Zealand scenic designer John Verryt has created the sets for many New Zealand theatre productions  for the best part of three decades. Now he has the challenge of designing a set that can also tour for Silo Theatre's return season of The Book of Everything. The play was a big success for the company in Auckland last year and returns both to Silo in Auckland and then moves to other North Island centres.

Tosca, the film. The Met Opera has set the gold standard, now New Zealand Opera follows suit. Ronel Schodt and Stuart Maunder talk about filming the 2015 production of  Puccini's  tragic opera. It stars New Zealand tenor Simon O'Neill and Irish soprano Orla Boylan as the lovers and Philip Rhodes as the villain Scarpia. Director Stuart Maunder and Producer Ronel Schodt herald it's opening in  cinemas across the country. The music was recorded by Adrian Hollay from RNZ Concert.