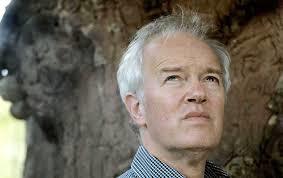 Andrew Laing as Frank Sargeson and Harriet Prebble as Janet Frame in GIFTED at Circa Theatre Photo: Supplied

Director Conrad Newport talks about the latest production of Gifted based on the novel of the same name by Patrick Evans.