This week Robert Johnson presents a programme in celebration of New Zealand Music Month. Hear Douglas Lilburn’s chamber music played by Justine Cormack and Michael Houstoun, and the NZSO on a new recording of Jack Body’s works. Naga is a disc of Gamelan music by NZ composers, and Landscapes of the Soul includes Lyell Cresswell’s new Piano Concerto with soloist Stephen De Pledge.

The experience of both Justine Cormack and Michael Houstoun in the performance of chamber music, and Houstoun’s intimate engagement with Lilburn’s music over a period of three decades, pays dividends in all the works on this disc. The Sonata in C is nothing short of a revelation. Each of the sonata’s four movements is idiomatically written for both instruments, and the music is thoroughly attractive and memorable. This is the third recording of the 1950 Sonata to appear on CD, but I think it’s the best yet. These four duos for violin and piano are all fabulous works that belong in the repertoire of musicians throughout the world. 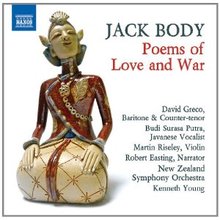 Body’s passion for Asia is reflected in four of the five works on this new disc, engaging in turn with the music and culture of China, Cambodia, Indonesia and Japan. These works also reflect two of Body’s other preoccupations – the nature of beauty, and his deep compassion for human suffering. None of the five works on this CD is quite like the others, making it a disc of extraordinary variety, united by the preoccupations of the composer. This is the best single disc compilation I’ve heard of the music of Jack Body. Performances throughout are very impressive, as is the engineering. 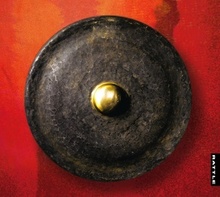 Two quite different gamelans based at the New Zealand School of Music have come together for a unique recording of music for gamelan by New Zealand composers, showcasing the music with which these performers toured six Indonesian cities in July last year. These pieces incorporate traditional gamelan performance practice with a few Western instruments such as violin, musical saw and accordion, and in some cases Western musical styles are reinterpreted through the medium of the gamelan. It’s a fascinating and unique sound world, hypnotic and surreal. 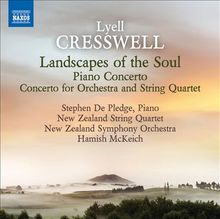 Cresswell has lived in Scotland since 1980, but still regards himself as intrinsically a New Zealand composer. For Landscapes of the Soul, Cresswell teamed up with Italian painter Maurizio Bottarelli, and the result is a fascinating exploration of colour, texture and form in music. None of the music on this disc could be described as “easy listening”, but if you have a taste for contemporary orchestral music, Cresswell offers some distinctive sound worlds. The performances by all concerned are most impressive, and I particularly enjoyed the Concerto for Orchestra and String Quartet.