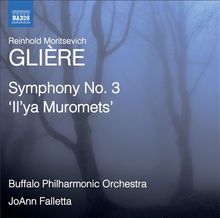 ​GLIÉRE: Symphony No 3 in D; Symphony No 4 in C minor, Tragic;
Symphony No 5 in Bb
Buffalo Philharmonic Orch/JoAnn Falletta
(Naxos 8.573161)

The competition in this work includes recordings by the Royal Philharmonic, the BBC Philharmonic and the London Symphony. This is better than any of them, and it’s largely due to the inspired direction by JoAnn Falletta. The Buffalo Philharmonic are right up there with the best, and engineering that strikes a perfect balance between clarity and sonic punch. It’s a remarkable achievement for all concerned, and this recording now stands as the yardstick for this work. 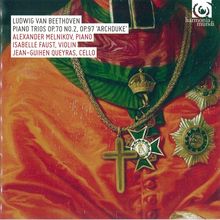 In this recording Melnikov plays a fortepiano made by the Viennese piano maker Alois Graff not long after Beethoven’s death. Compared with a modern grand piano this instrument has a more restricted dynamic range and less resonance, and the tone of the piano varies in different registers. These musicians are as fine as any who’ve ever recorded these works, and unless you’re completely opposed to the sound of the fortepiano, I highly recommend this recording as an opportunity to hear the sound of both these trios as the composer would have envisioned it. 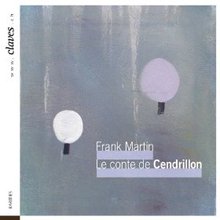 Frank Martin composed his ballet on the story of Cinderella in the early 1940s, and it’s a witty score influenced by the European jazz of the period. The instrumentalists are a student orchestra from Geneva University, but under the direction of Gábor Takács-Nagy they give an excellent performance. This score is certainly off the beaten track, but it’s an inventive one and well worth investigating. 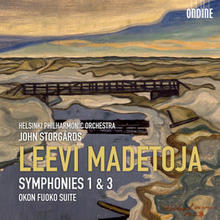 Madetoja’s First Symphony is a concise, tightly argued work in three movements. The Third is a work of great subtlety that doesn’t fully reveal its artistry at a first or even a second hearing, but persevere with it and you’ll find it gets under your skin. There have been several fine recordings of these works in recent years, but these new versions from the Helsinki Philharmonic take the palm. Every section of the orchestra plays with an adroit blend of virtuosity and character, and the conductor’s tempi are perfectly judged throughout.