This week on The Critic's Chair, Robert Johnson reviews famous orchestral interludes by Richard Wagner played the Budapest Festival Orchestra conducted by Iván Fischer, and the latest release of violin virtuoso James Ehnes in the music of Britten and Shostakovich with the Bournemouth SO. Finally, Robert presents the powerful music of Jewish composers imprisoned at the Theresienstadt concentration camp during the Second World War by the Nash Ensemble. 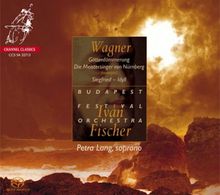 Any recording by Iván Fischer and the Budapest Festival Orchestra is worth hearing, and this beautifully recorded tribute to the Bard of Bayreuth for his bicentenary is no exception. Fischer’s interpretation of the Siegfried Idyll shaves several minutes off that of some of the more self-indulgent performances on record, and keeps Wagner’s limpid textures beautifully clear and clean.

The death of Siegfried and the immolation of Brünnhilde are the dramatic moments to which the entire cycle has been directed, and both are included in this disc. If soprano Petra Lang doesn’t yet rival in weight or intensity some of the great Brünnhildes of the past, such as Kirsten Flagstad or Birgit Nilsson, in the context of this recording she certainly gives an impressive performance. 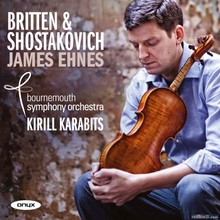 Theresienstadt concentration camp was established as a transit point to the death camps. But as time went by it developed another purpose – as a carefully constructed propaganda tool with which the Nazis could deny the existence of the Final Solution. This isn’t the first CD to have focused on music by composers interned at Theresienstadt, but it’s certainly one of the best. The superb musicians of The Nash Ensemble are always passionate and thoughtful advocates for whatever music they choose to record, and all four works on this CD are given performances of the highest quality, enhanced by perfectly balanced recordings. 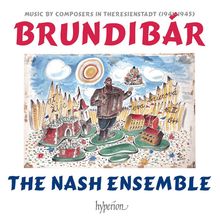 After years of comparative neglect, Britten’s Violin Concerto is now being performed and recorded by many of the greatest violinists in the world. James Ehnes has one of the most beautiful tones of any violinist on the world stage today, and his technique is second to none.

The Passacaglia is the heart of Shostakovich’s Concerto, its mood of anguish intensified with every repetition of its seventeen-bar theme. The agonized soliloquy of the violin’s flowing melodic line cuts across subsequent cycles of the passacaglia, and James Ehnes communicates its intensity with every grief-stricken note.

Both concertos show Ehnes at his very finest, and how fine that is! These are symphonic works, and a great deal of their success depends almost as much on the orchestra and conductor. Karabits and the Bournemouth Orchestra rise to the challenge posed by the soloist’s artistry; so too do the producer and engineer.