Brad JENKINS: The Way Out is Through 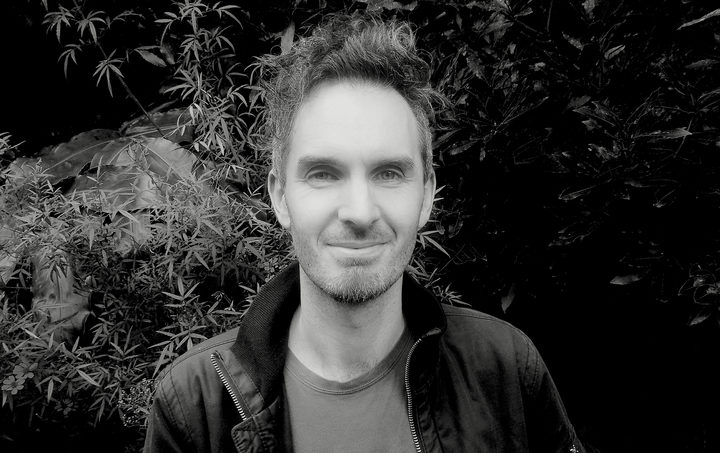 Brad Jenkins: The Way Out is Through

"For The Way Out Is Through I took influence from compositional techniques found in spectral music, which in this instance involved using computer analysis of the timbral quality of a particular sound source (here I analysed a swell played on a 22” ride cymbal) to derive a sequence of chords to be “moved through” during the work. I was inspired by the idea of getting inside of a noise-like sound devoid of ordered, ratio-based overtones and using orchestral colours to communicate its dominant inner frequencies. The pitches that make up this work’s harmonic material are the most dominant frequencies within the cymbal’s shifting harmonic spectra during the swell.

“Swelling” is applied to several musical parameters and to individual instruments, creating an atomised tapestry of pitches that gradually multiply and intensify, overwhelming the microtonal, timbrally detailed string and woodwind material of the work’s opening. The arc-like energy profile of the work also references the dynamic contour of the cymbal swell.

It is the transformation of registral spread that is perhaps the most intriguing expression of the swell in The Way Out Is Through. In approximating the dominant frequencies produced over the course of the cymbal swell, the work gradually shifts from mid-register string and wind textures to more chaotic brass-dominated instability as its registral spread is pried open. Following a rare unification of the orchestra in the form of several climactic, mountainous chords, the work then gradually withdraws towards silence through an ominous contrabass landscape.

Brad Jenkins is a composer and musician based in Wellington. In 2012 Brad completed a Postgraduate Diploma in Composition (Instrumental and Vocal) at the New Zealand School of Music, where he studied timbrally centered compositional approaches with Michael Norris, film scoring with John Psathas and orchestration with Gareth Farr. One of the works composed as part of his PGDip portfolio, Nocturne No. 1 for woodwind and string ensemble, won first prize at the 2012 NZSM Composers Competition. Brad was the recipient of the NZSM’s David Farquhar Composition Award in 2012, composing String Quartet No. 3 for the New Zealand String Quartet in response to the award’s entailed commission.

In 2014 Brad completed a Master of Musical Arts in Composition (with Distinction), again under the supervision of Michael Norris. His MMA studies analyse selected works by Finnish composer Kaija Saariaho, while his creative portfolio reflects an ongoing influence from spectralist compositional approaches developed by composers such as Saariaho, Gérard Grisey and Tristan Murail. In 2014 Brad was also awarded the NZSM’s inaugural Matthew Marshall Prize for Classical Guitar Composition for solo work Yokai, which also placed third equal in the 2014 NZSM Composers Competition.

Recorded by RNZ Concert for the 2016 NZ Composer Sessions.