'cryosphere' is a world of ice; a world of neutral tones of white and black where little life survives in the extreme cold and, paradoxically, extreme dryness. 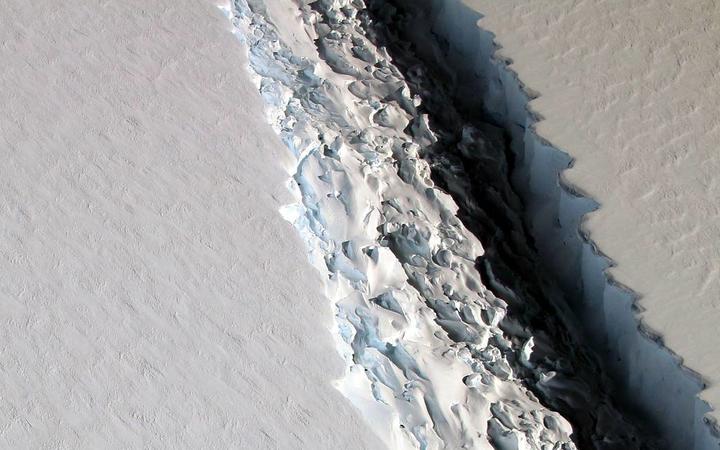 "This work attempts to recreate the feeling and emotions of Antarctica, starting with a massive eruption of sound in the opening two bars, the energy of which subsides slowly into a peaceful world of subtle, pale colour. In Antarctica one feels as if one is experiencing the aftermath of huge disruption, of massive forces, which have come together in awesome strength but have now settled and become (temporarily) covered in a soothing blanket of white. Of course, there is nothing soothing about this blanket - it comprises layer upon layer of ice, continually in a state of flux as the massive ice sheets move under the enormous strain. Antarctica is peaceful and energetic, beautiful and brutal, empty and yet eerily full. This work attempts to draw some of these ideas together and to capture a part of the essence that is the earth's last true great wilderness. I am indebted to Antarctica New Zealand for the opportunity to travel to Antarctica and gain the inspiration essential for the creation of my work."

Patrick Shepherd has called New Zealand home since moving here from England in 1991. He is an accomplished composer, conductor, performer and teacher, and he is well-known for his work in the community and with young people. He is passionate about new music, music education, technology and creativity. His works have been performed in the UK, USA, Germany, Russia, South Korea, China and Australia as well as regular performances and broadcasts in New Zealand.

Patrick is an Honorary Antarctic Arts Fellow, having travelled to Antarctica early in 2004, and much of his current creative work is related to that trip, including painting and poetry as well as music. Somewhat paradoxically, his experience in Antarctica led him to research the medical condition synaesthesia (altered sensory perception), conducting research projects at local and national levels within New Zealand and presenting papers at conferences across Australasia and Europe.

Recorded for Resound by RNZ Concert