'Fanfare for a Frozen Land' depicts the harshness of Antarctica, from the calls of the penguins and skuas involved in their eternal struggle to the intense cold which permeates everything on this vast, empty continent. 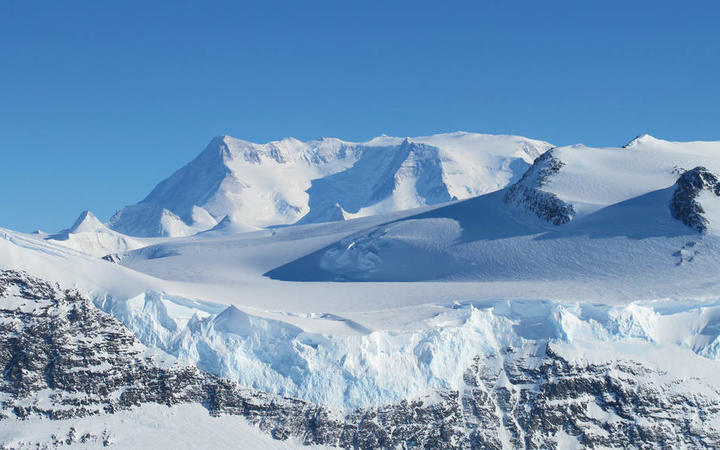 "The huge expanse of white and the many shades of white dominating the landscape colour this work as does its history. After the initial energetic cries of the brass and woodwind the mood becomes much more introspective, as one does for many hours down on The Ice. One remembers the heroes, like Scott and Shackleton, the crushing defeat and the glory that symbolises this place as one of the places on earth where one's sheer humanity is tested to its fullest and the knowledge that without one's fellow man one could simply not survive. My sincerest thanks go to Antarctica New Zealand for their help and inspiration that made the composition of this work possible."

Patrick Shepherd has called New Zealand home since moving here from England in 1991. He is an accomplished composer, conductor, performer and teacher, and he is well-known for his work in the community and with young people. He is passionate about new music, music education, technology and creativity. His works have been performed in the UK, USA, Germany, Russia, South Korea, China and Australia as well as regular performances and broadcasts in New Zealand.

Patrick is an Honorary Antarctic Arts Fellow, having travelled to Antarctica early in 2004, and much of his current creative work is related to that trip, including painting and poetry as well as music. Somewhat paradoxically, his experience in Antarctica led him to research the medical condition synaesthesia (altered sensory perception), conducting research projects at local and national levels within New Zealand and presenting papers at conferences across Australasia and Europe.

Recorded for Resound by RNZ Concert