"The 'String Quartet' is dedicated to Anita, my wife. We met at age fourteen at school and parted at her death in 2001. If the movements of the work were to possess autobiographical titles they would be: 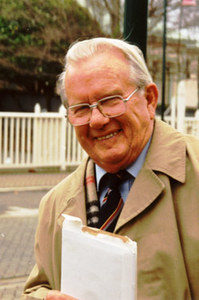 My childhood was not all that happy, coloured, as it was, by the full force of the 1930s Depression. But, thanks to the first Labour government (1935) and meeting Anita on 15 May 1936, it became immeasurably better.

The Second World War separated us for over four years but post-war life went well.

One job, five wonderful children, vast amounts of travel, and a university of immense academic wisdom in which to work, all combined to produce the contentment I now enjoy.

If this quartet conveys a soundscape to such a background it has achieved its retrospective intention."