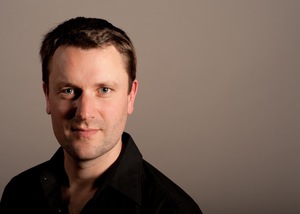 Splinter Cells was written for the Swiss saxophonist Lars Mlekusch, for a concert with Stroma in 2005. In it, Michael has focussed on roughness and rawness, creating a musical language that struggles under its own weight. The ‘splinter’ is a six-note collection, gathered from the opening of the third movement of Cells by the Swiss composer Hanspeter Kyburz, which shared the programme with the premiere of Splinter Cells.