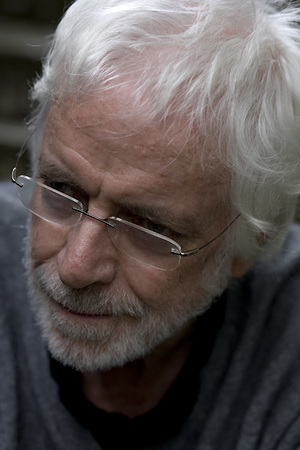 Arts laureate Ross Harris is one of New Zealand’s leading composers. He has written more than two hundred compositions including opera, symphonic music, chamber music, klezmer and electronic music. He has won the prestigious SOUNZ Contemporary Award more times than any other New Zealand composer. Harris received a QSM in 1985 for his opera 'Waituhi' with libretto by Witi Ihimaera and the CANZ Citation for Services to New Zealand Music in 1990. His major works include five string quartets, five symphonies, a violin concerto (premiered by Anthony Marwood in 2010) and a cello concerto (premiered by Li-Wei Qin in 2012). His collaborations with poet Vincent O’Sullivan have produced two operas, a symphony, three song cycles and 'Requiem for the Fallen'.

'Chant' was written in 2002 for Thomas Hecht, who was then the piano teacher at the Victoria University School of Music. The work was influenced to some extent by Tom's prodigious technique and his abiding interest in romantic tonal music. The music becomes a dialogue between tonally ambiguous music and the tonally clear. In the end the tonal world wins, but with ambiguity appropriate to the overall character of the piece.