Dorothy BUCHANAN: From The Spring 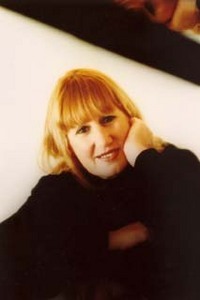 Dorothy Buchanan is a pioneering figure in New Zealand composition. She was New Zealand’s first composer-in-schools, and in 1979 she became president of the Composers’ Association of New Zealand and was the first woman to join the Musicians’ Union. In the same year she founded the Christchurch Music Workshops, and co-founded the music publishing co-operative Nota Bene.

Dorothy has been commissioned by organisations as diverse as school choirs, string quartets, dance and theatre companies and symphony orchestras to compose songs, operas, incidental music and film and television scores. She has received a CANZ Outstanding Achievement Award, and in 2001 she was made an Officer of the New Zealand Order of Merit for a lifetime’s involvement in music.

'From the Spring' was commissioned by Isidor and Ann Saslav in 1991 and is based on the following poem by Thomas Nashe:

Spring, the sweet spring, is the year's pleasant king,
Then blooms each thing, then maids dance in a ring,
Cold doth not sting, the pretty birds do sing:
Cuckoo, jug-jug, pu-we, to-witta-woo!

The palm and may make country houses gay,
Lambs frisk and play, the shepherds pipe all day,
And we hear aye birds tune this merry lay:
Cuckoo, jug-jug, pu-we, to-witta-woo!

The fields breathe sweet, the daisies kiss our feet,
Young lovers meet, old wives a-sunning sit,
In every street these tunes our ears do greet:
Cuckoo, jug-jug, pu-we, to witta-woo!