Rachael MORGAN: from a fixed point 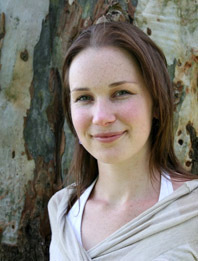 Rachael Morgan’s compositional interests lie in the nature of sound and timbral nuances. She completed a BMus in Composition at Waikato University, and received an MMus (Distinction) at Victoria University under the tutelage of Michael Norris. In 2008/09 Rachael was the recipient of the Edwin Carr Foundation Scholarship, allowing her to further her composition studies in the UK and Europe. Her works have been performed in New Zealand, Australia, and Europe by groups including 175 East, SMP Ensemble, Okta, GateSeven, and have been workshopped by the Auckland Philharmonia Orchestra, Stroma, and the Nelson Composers Workshop.

In her piece 'from a fixed point', the composer has explored the concept of vibration and movement around a fixed point. Fixed points appear in many guises throughout the work, at times they are explicit, other times more implied, particularly later on in the piece. In all cases the focus is on timbre and movement within a sound. Distortion and interference of both sound waves and textures are also important elements of the work. These become stronger features as the material begins to destruct in a gradual shift towards instability. This move from stasis and stability, to instability and fragility is also highlighted by an evolution of instrumental techniques.

'from a fixed point' was commissioned by 175 East with funding from Creative New Zealand in 2009.