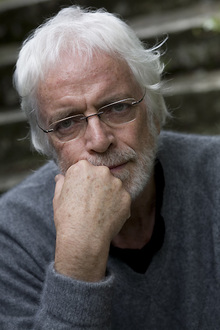 Paoro (to echo) for solo trumpet was written for Bede Williams while the composer was the Auckland Philharmonia Composer in Residence. The work simulates echo effects and explores the full range and colours of the instrument.

Senryu was commissioned and first performed by NZTrio in 2007. Senryu is a Japanese poetic form similar to haiku, with particular resonance given to inquiring about the nature of Man. Harris's work concentrates on matters of meter and rhythm along with the associated relations. 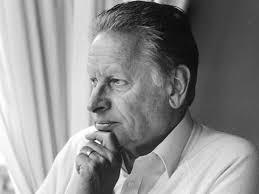 Edwin Carr attended the first Cambridge Music Summer School in 1946, where Douglas Lilburn was his composition tutor. Various bursaries and scholarships enabled him to further his composition studies in London, Rome, and Munich, with teachers including Carl Orff, Benjamin Frankel, and Petrassi. In 1973-4 he was University of Otago's Mozart Fellow, and then taught composition at Sydney Conservatorium. He returned to New Zealand in 1984 as a freelance conductor and composer, and was based on Waiheke Island from 1991 until his death in 2003.

Promenade is a ballet score written in 1986 for the Central Youth Ballet of New Zealand and performed in Taupo, Rotorua, Hamilton and Tokoroa in that year. The work was choreographed by Paul Valsic. In the opening, slowly ascending thirds introduce six couples who promenade before breaking into a sprightly dance worked out a brisk and insistent woodwind theme. The short movements are miniatures of charm and discretion. In the Bacarolle, he contours shifting tone colours and harmonies with skill, while the Pas de Deuc is affecting in delicate lyricism. In Solo 2 you can detect some of the energy which would later be harnessed in the Fourth Symphony. After a particularly shapely Tarantella, the ballet ends with a reminiscence of the original Promenade. 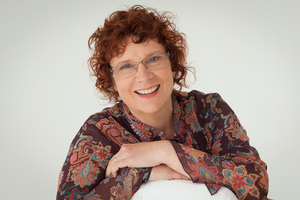 Carol Shortis grew up in Essex, UK. She moved to New Zealand in 1990 and lived on Waiheke Island, where she raised a family as well as running several successful businesses. She has been involved with community singing for many years, but only recently pursued a more formal musical education, studying at the New Zealand School of Music in Wellington. In 2008 she was elected as a committee member of the Composers Association of New Zealand and is currently the treasurer for that organisation, and co-convener of the CANZ Nelson Composers Workshop.

An Tuiream Bais was commissioned by Baroque Voices with funding from Creative New Zealand. Shortis says "The Carmina Gadelica, known in Gaelic as Ortha nan Gaidheal, is a six-volume collection of orally-transmitted prayers, poems, blessings and other material, collected by the folklorist Alexander Carmichael in the Highlands and Islands of Scotland in the second half of the nineteenth century. Carmichael subsequently translated this material, and edited the first two volumes. The death dirge An Tuiream Bais was published in the third volume, edited by Alexander’s grandson, James Carmichael Watson. I have set the first, fourth, fifth and sixth verses in the original Gaelic language."