Labyrinth for Tuba and Orchestra (2004) 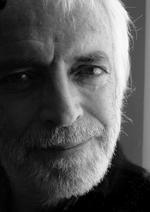 Labyrinth was the first of 12 works commissioned by the New Zealand Symphony Orchestra each featuring one of the orchestra’s principal players as soloist. Ross was inspired by the extraordinary  playing of the NZSO's principle tubist, Andrew Jarvis.

The idea of the mythical maze of the Labyrinth came from several sources. As Harris explains, “The tuba itself is a labyrinthine tangle of tubes and our inner ears contain bony labyrinths. In this piece the term also describes the many pathways scattered through the piece. The tuba finds itself caught in a dense web of possibilities, perhaps of its own making, and must struggle to find a resolution.”

Ross told Ken Young that at the time it was composed he imagined it to be a sort of self-portrait…a tangled web of searching and not finding.