MARIA GRENFELL (b. 1969)
Maui Tikitiki A Taranga
Concerto for Flute and Orchestra (1998) 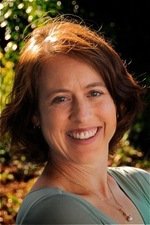 Maui Tikitiki A Taranga
Concerto for Flute and Orchestra

Three movements:
1. The birth of Maui
2. Maui plays with fire
3. The death of Maui

Maui Tikitiki a Taranga (“Maui formed in the topknot of Taranga”) was a demi-god found in the tribal myths of the Māori people of New Zealand.

Maui, the fifth and youngest child, was born at the edge of the sea. His mother, Taranga, thought he was stillborn, and wrapped him in a tuft of her hair and set him adrift. He was cared for by the seaweed until a breeze blew him ashore, where he was saved and brought up by one of his great-ancestors.

Maui was a great prankster. In one of his mischievous moods he decided to put out all the fires in the world. To bring fire back, he had to find Mahuika, the goddess of fire. He was awestruck upon meeting her, but decided to play a trick on her by taking fire from her fingernails one at a time, until she realised his game and threw fire to the ground, catching everything alight. Maui changed himself into a hawk to escape the flames, which singed his feathers. He called upon his ancestor to send rain and drench the fire, depriving Mahuika of her powers.

Maui decided to defeat death by journeying to where the earth meets the sky, where lived his great-ancestress Hine nui te po (“Great Hine the Night”). He was accompanied by many birds, and told them his plan to enter the body of the sleeping Hine and so defeat death. The birds sat quietly trying not to laugh as Maui, in the form of a caterpillar, crawled towards Hine. Suddenly the fantail could be quiet no longer and laughed aloud, dancing about with delight. Hine awoke with a start, realised Maui’s trickery, and he was killed. 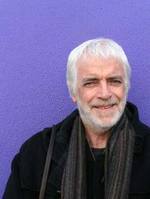 This is a setting of a poem by one of Sweden's greatest lyric poets, Gunnar Ekelöf, and comes from a series of poems inspired by Byzantine mythology.  This particular poem is concerned with ancient symbolical connections made between birds and human souls.  In his composition Ross Harris uses sine wave oscillators, vocodered birdsong and a computer generated female voice.  Incantation is dedicated to the composer's wife, Barbro, and written for mezzo-soprano Antheo Moller.

This work is the 5th movement of the piano suite Cao Tang, inspired by the character and poetry of the Tang Dynasty poet Du Fu (712 – 770). Spirit of The Qin refers to Du Fu’s poem, “On Receiving the News of the Imperial Forces Recapturing Henan and Hebei”. During the second half of his life, Du Fu had lived as a fugitive. The poem expresses his feelings on hearing that Hebei, where he was born, had been liberated. The good news came ‘like thunder’ and filled the poet with joy as he dreamed of his return home.

The Spirit of The Qin won the 3rd Place Award in the 21st Annual Composition Contest 1990 Composers Guild USA. It was published on “Musical Works” No.4, 1992 Issue 156, Chinese Cultural Publishing Cooperation, Beijing.

In 2002 this work was revised for the pianist and composer Gao Ping for his New Zealand tour.

For more about these and other works by New Zealand composers, visit SOUNZ