Guitars and their little brother the ngoni

Last year Wellington guitarist Julie Bevan released her album Kaleidoscope. It was a ten year effort with Julie going to and from Brazil where she recorded the bulk of the tracks with producer Marcelo Nami.

Malian ngoni virtuoso Bassekou Kouyate built his reputation on melding electrified rock with West African folk styles to reach a broader base of listeners.  But for Miri, his fifth album, Kouyate and his band Ngoni Ba goes back to his acoustic folk roots.  Miri - which means ‘dream’ or ‘contemplation’ – is a beautifully refined and reflective work with songs that focus on love, friendship and true values. 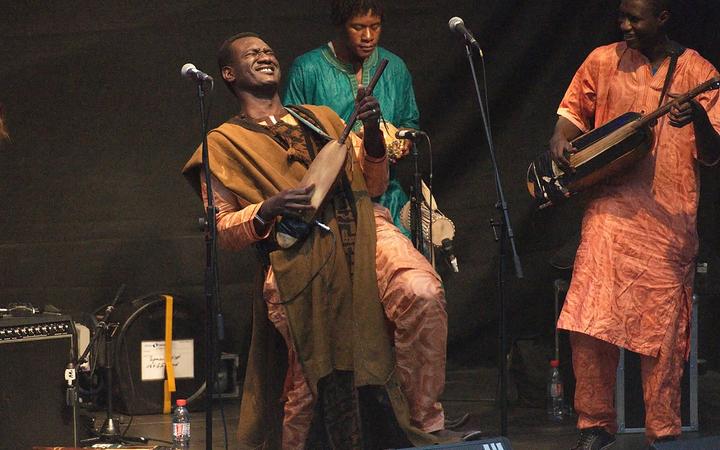 Algerian rai star Rachid Taha died in 2018 a week before his 60th. He was a brilliant performer with a larger than life presence -  sometimes nicknamed the Jimi Hendrix of North African rock. You’ll recognise his version of the Clash’s Rock the Casbah; the core of his sound was always raï, the Algerian wedding music and that’s what we hear on his last album Zoom.

French pianist Jacques Loussier, who died a year ago, was famous for one thing: performing classical themes – particularly pieces by Bach – in a bebop style, first playing the melody and then gradually improvising with his bassist and drummer. We remember some of his great recordings.