POULENC: Dialogues of the Carmelites 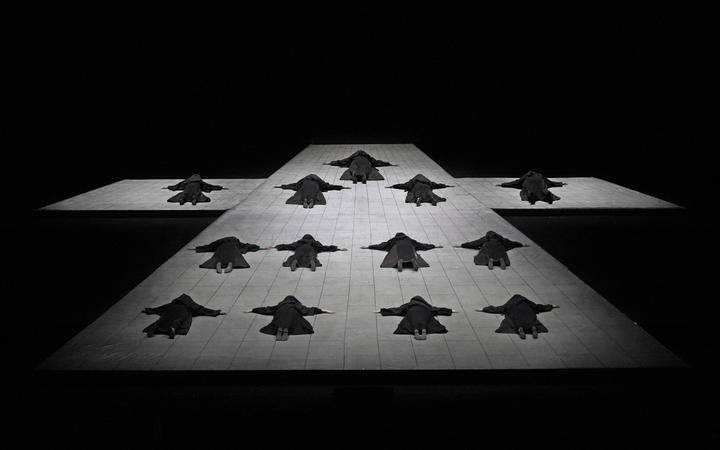 The opening scene of Dialogues of the Carmelites at The Met Photo: Ken Howard/ Metropolitan Opera

One of the most successful operas of the later decades of the 20th century, Dialogues des Carmélites is a rare case of a modern work that is equally esteemed by audiences and experts. The opera focuses on a young member of an order of Carmelite nuns, the aristocratic Blanche de la Force, who must overcome a pathological timidity in order to answer her life’s calling. The score reflects key aspects of its composer’s personality: Francis Poulenc was an urbane Parisian with a profound mystical dimension, and the opera addresses both the characters’ internal lives and their external realities. 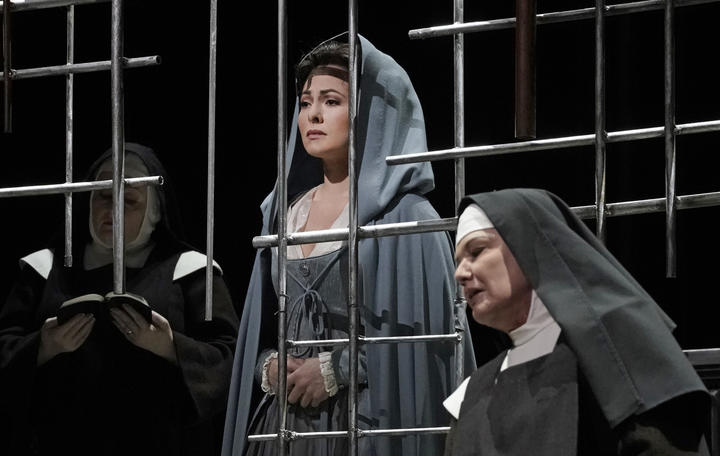 The opera takes place between 1789 and 1794 in Paris and in the town of Compiègne in northeastern France, the site of the Carmelite nuns’ convent. Its historical basis is the martyrdom of a group of sixteen Carmelite nuns and lay sisters from Compiègne, who chose to offer themselves as victims for the restoration of peace to France during the Revolution. 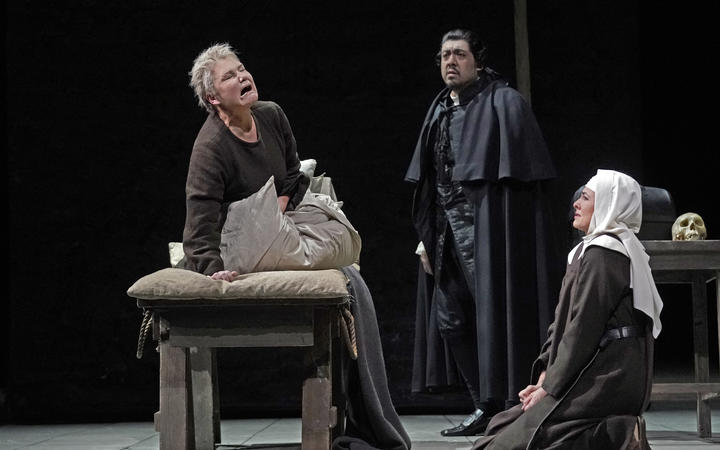 Poulenc’s genius with the setting of text is apparent throughout the opera, much of which consists of recitative that closely follows speech patterns. While there is an abundance of creative harmonic invention, the score is fundamentally tonal. Musical motifs reveal both character traits and the circumstances that formed them. The most arresting combination of the internal, spiritual, and dramatic musical worlds occurs in the celebrated finale: the fervent prayer of the Salve Regina is sung over a repeating figure in the orchestra, as each of the nuns meets her execution and their voices are silenced one by one. 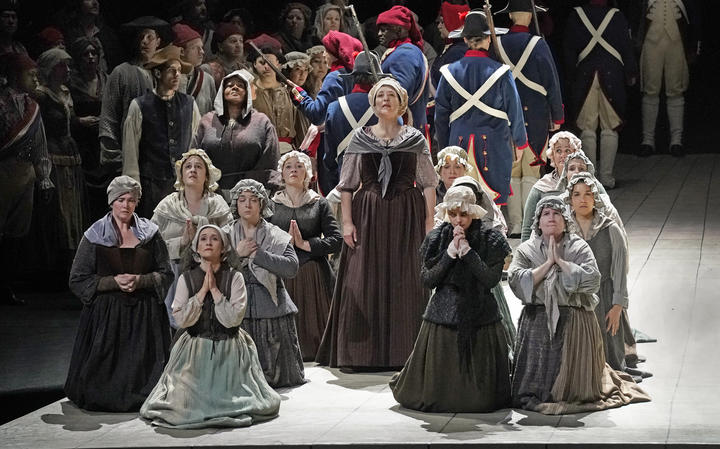 A scene from Act III of Dialogues of the Carmelites at The Met Photo: Ken Howard/ Metropolitan Opera

Synopsis of Dialogue of the Carmelites

Paris, April 1789. The first signs of the French Revolution are beginning to shake the country. The Marquis de la Force and his son, the Chevalier, are worried about Blanche, the Chevalier’s fearful, nervous sister, whose carriage has been held up by a mob on her way home. When Blanche arrives she makes light of the incident, but her anxiety is revealed when a servant’s shadow frightens her as she leaves the room. Shaken, she returns to tell her father that she has made up her mind to become a nun...