A scene from Aida at The Met Photo: Marty Sohl/The Metropolitan Opera 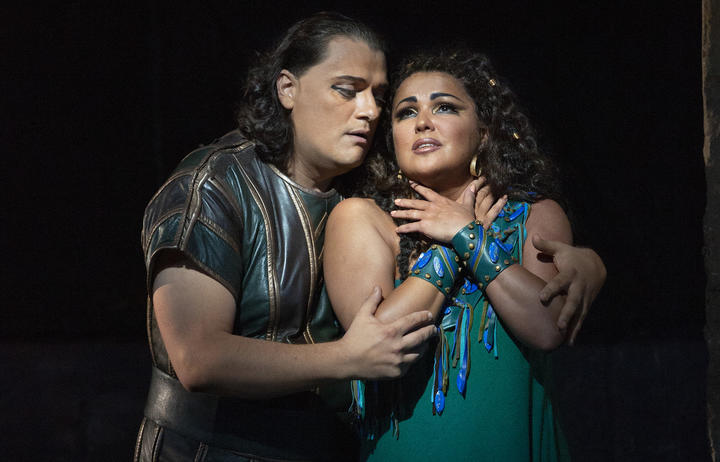 This grandest of grand operas features an epic backdrop for what is in essence an intimate love story. Set in ancient Egypt and packed with magnificent choruses, complex ensembles, and elaborate ballets, Aida never loses sight of its three protagonists.

Few operas have matched Aida in its exploration of the conflict of private emotion and public duty, and perhaps no other has remained to the present day so unanimously appreciated by audiences and critics alike. 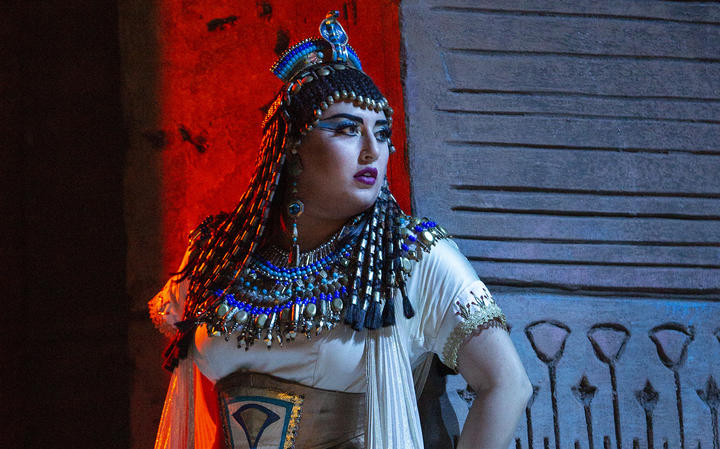 The story of Aida is thought to be the creation of Auguste Mariette (1821–1881), an extraordinary French archaeologist who was the founder of the Egyptian Museum of Cairo. Camille du Locle (1832–1903), who collaborated on the scenario with Mariette and suggested the story to Verdi, had worked with the composer on the libretto of Don Carlos. Aida’s librettist, Antonio Ghislanzoni (1824–1893), was a novelist and poet as well as the creator of some 85 libretti.

The libretto indicates merely that the opera takes place in “ancient Egypt, in the time of the pharaohs.” This may sound vague, but it was a clear direction to approach the drama as myth rather than anthropology or history. 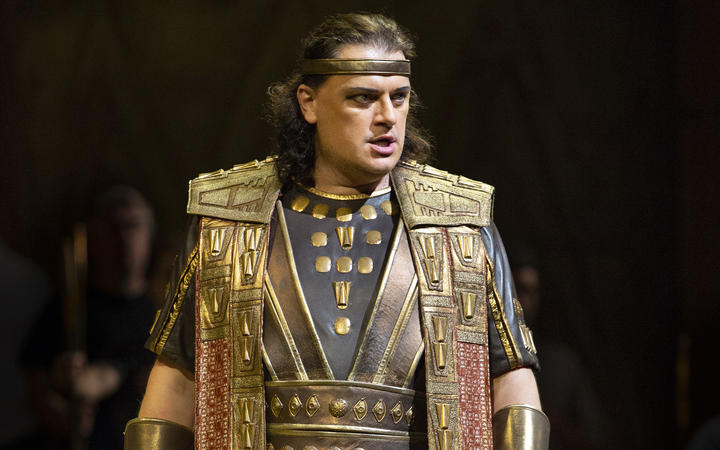 The score of Aida is a sophisticated example of Italian Romanticism, imbued with a convincingly mysterious and exotic hue. Making no claims to authenticity, Verdi created a unique musical palette for this opera. The grandeur of the subject is aptly conveyed with huge patriotic choruses, most notably the unforgettable Triumphal Scene in Act II. These public moments often serve as frames for the solos of the leading tenor and soprano: his soaring “Celeste Aida” right at the beginning of Act I, her impassioned “Ritorna vincitor!” that follows, and her great internal journey, “Qui Radamès verrà! … O patria mia” in Act III.