The title role of the 'fallen woman' has captured the imaginations of audiences and performers alike with its inexhaustible vocal and dramatic possibilities, and challenges. Violetta is considered a pinnacle of the soprano repertoire. 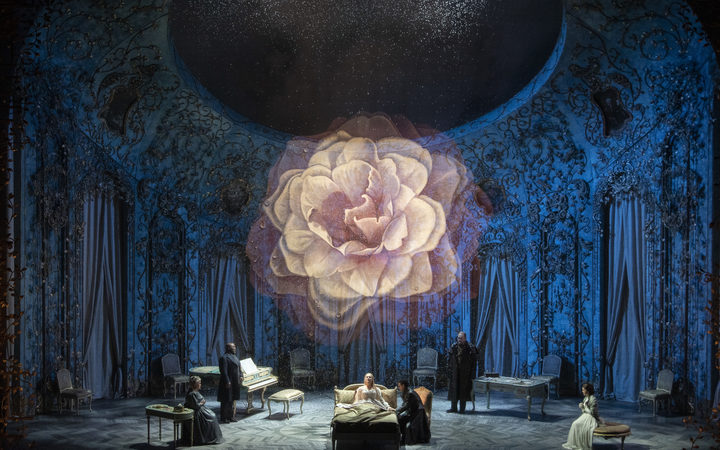 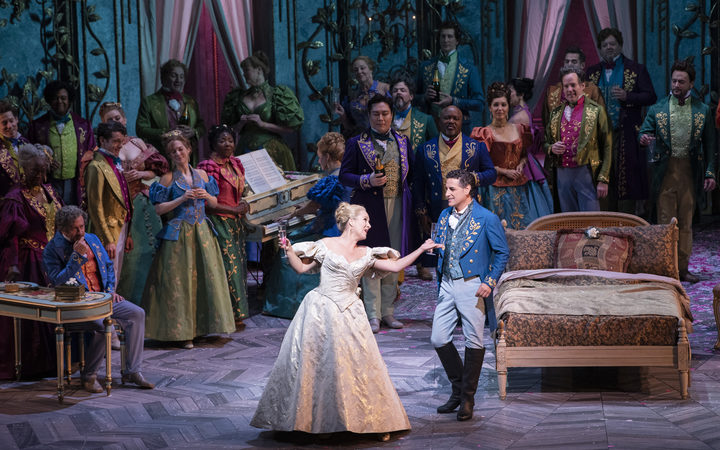 A scene from La Traviata at The Met Photo: Metropolitan Opera/Jonathan Tichler

One of Verdi’s most intimate creations, La Traviata is, on its surface, a taut domestic drama based on the semi-autobiographical novel and play La Dame aux Camélias by Alexander Dumas fils. The opera focuses on the final year in the life of its heroine as she desperately struggles to find true happiness in the face of both an oppressive society and a deathly illness. The composer was immediately drawn to the contemporary story, which he described as “a subject from our own time,” and the work’s central conflict also held personal significance for him.

While he was working on the opera, Verdi was in the midst of a scandalous relationship with the soprano Giuseppina Strepponi, who had originated the role of Abigaille in the 1842 world premiere of his Nabucco. The couple had recently taken up residence in a villa outside Verdi’s hometown, and the composer’s decision to live with an unmarried mother of two illegitimate children shocked the locals. As a result, Violetta’s inability to fully escape her less-than-reputable past strongly attracted Verdi to the story. 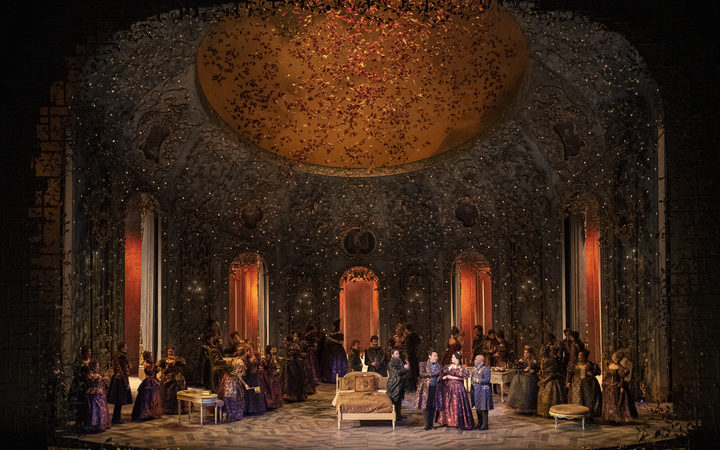 A scene from La Traviata at The Met Photo: Metropolitan Opera/Jonathan Tichler

With La Traviata, Verdi and his librettist Piave fashioned an opera from a play set in contemporary times, an exception in the composer’s long career. Dumas’s La Dame aux Camélias was a meditation on the author’s youthful affair with the celebrated prostitute Marie Duplessis, known as a sophisticated and well-read woman whose charms and tact far surpassed her station. The play is still staged today in its original form and exists in several film incarnations. 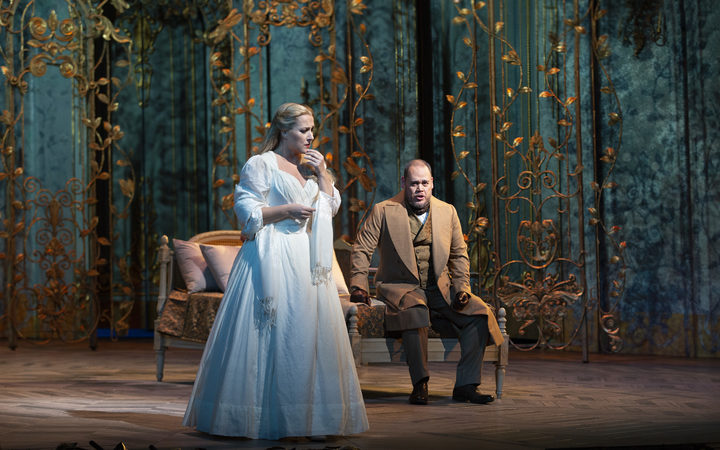