Spanish is the Singing Tongue

Elvis Costello has re-released his 1978 album This Year's Model with newly recorded vocals by guest artists ... in Spanish! William Dart checks it out along with other songs in the Latin tongue by Bob Dylan, Linda Ronstadt, Los Lobos, Sandie Shaw and Verónica Valerio. 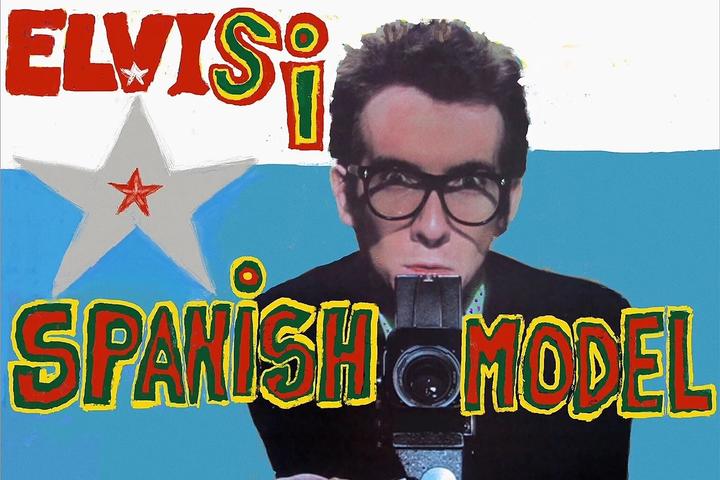 A number of recent releases sung in Spanish has had me thinking about how curiously this language has impacted on my listening over the decades . . . going back to the sixties when there was a steady stream of American and British pop singles being fed into the translating machine for European consumption.

While Spanish language and culture lay beyond the channel and the Bay of Biscay if you were in England, for Americans, it was simply over the border — so close, in fact, that the sounds of Mexican and South American music seriously infiltrated the home product.

Bob Dylan, in the early 70s, recorded many radically different versions of the song 'Spanish is the Loving Tongue', suggesting that there was something very special in the language itself.

By 1987, Linda Ronstadt was digging considerably more deeply when she recorded the first of two albums of Mexican music, significantly titled Canciones de mi Padre, or Songs of my Father. It’s a glorious outing, with a small but flavoursome instrumental band and songs that drift from wistful and witty to the wry and worldly-wise.

This might have been a niche recording but, instead, became a phenomenal success on a platinum scale. So much so that four years later, Ronstadt took time off from her series of standards albums with Nelson Riddle, to record a sequel, titled simply Mas Canciones or More Songs.

And now, Elvis Costello turns the clock back 43 years and revisits the songs of his 1978 album This Year’s Model, an album that was about as punk as this singer ever got.

It was lauded as such at the time, the American critic Robert Christgau commenting how he found Costello’s trademark snarls, both musical and verbal, more attractive than all of the singer’s melodic and lyrical tricks.

Well I hope that Christgau is enjoying Costello’s new album, Spanish Model, which recreates that 1978 classic, track-by-track, with a team of Spanish-singing artists – from Spain itself and all the various countries of South America, to Mexico, Puerto Rico and, in the case of Nina Diaz, Texas.