Life and Live in Lockdown

William Dart in lockdown finds personal salvation in a number of live recordings: Louis Baker, Aretha Franklin, Joni Mitchell and Of Montreal. And he ends with a tribute to the heartbeat of The Rolling Stones, Charlie Watts. 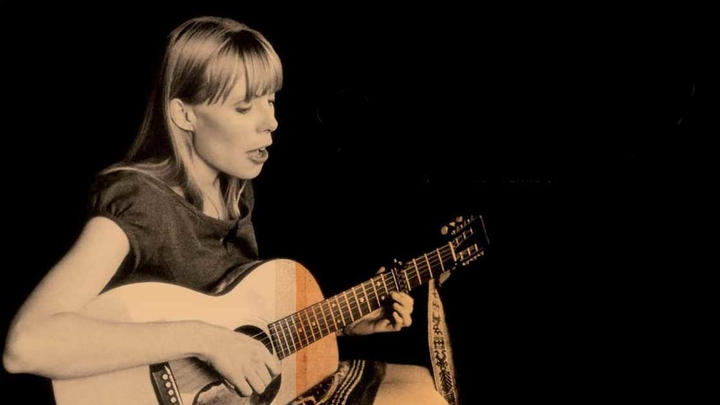 A handful of previously unissued or hard-to-get live recordings is just one reason for swooping on a new four-CD salute to the late Aretha Franklin. Titled simply Aretha, this is a classy Rhino label release so it’s stylishly designed and well documented — even if Rochelle Riley’s personal tribute to the singer reads like a succession of bullet points for a consciousness-raising retreat.

Perhaps the main attraction of the of the set lies in various rescued demos and work tapes. A splendid 1970 version of Ashfield and Simpson’s 'You’re all I need to get by' turns out to be number 20 of no less than 22 takes. And to hear Franklin lavish her soulful ministrations on Debbie Boone’s 'You light up my life' is to realise that this woman may well have been the Queen of Alchemy as well as the Queen of Soul. Like Billie Holiday before her, she had that rare gift of turning schlock into gold.

The very last of the set’s 81 tracks transports us back to 2015 when Franklin appeared at that year’s Kennedy Centre Awards for the honouring of Carole King. Predictably, she sang '(You make me feel like) A Natural Woman' with incontestable authority and, visually, I can still see her in that massively glamorous fur coat, casually dropping it on the floor during the final chorus of the song. And listening to it, rather than watching the on-line video of the ceremony, one doesn’t have to endure the endless cuts to a manically gesticulating Carole King in the audience, working through every possible expression of surprise and protestation.

Just how many listening to her performances in various folk clubs at that time realised that they were privileged to be hearing auspicious previews of classic songs that would turn up on the singer’s first few albums — numbers such as 'Urge for Going' and 'The Circle Game'.

Ultimately, as a release, despite the staunch mastering of some pretty dodgy tapes, Joni Mitchell’s archives are probably for hardcore fans only, who will work loyally through every live recording, home demo, radio broadcast and even a few birthday tapes for the singer’s friends.

The band Of Montreal has nothing really to do with Joni Mitchell’s home country. Its five-man crew hails from Athens, Georgia and is still very much centred around the dazzlingly versatile Kevin Barnes.

Of Montreal’s live album, Snare Lustrous Doomings canters merrily throughout their various songbooks but, listening to their stripped bare version of the song 'Honeymoon in San Francisco' for instance, it deals out special joy on a number of counts. First, it’s a marvellous illustration of musical hyper economy — spinning a whole song over two chords. Secondly, judging by the enthusiastic audience here, I’m safe in saying I’m not the only fan of the band. Thirdly, these folks’ extremely engaged response to the song being sung makes you realise just what a live performance can add to the making of music.

Charlie Watts’ recent death at the age of 80, has drawn out eulogies and encomia from all quarters. The Guardian held him up as “the steady heartbeat of the Rolling Stones” while the magazine Rolling Stone praised his “light touch, singular rhythmic sense and impeccable feel". From the musical community, it’s the assessment of Scott Holiday from Rival Sons that brought a smile to my face, describing Watts as giving "that little extra touch of class and charm to the dirtiest, coolest and greasiest rock ‘n’ roll band we’ve ever known.”

In interview, Charlies Watts was as laconic with his words as he was when his drumsticks hit the skins. In reality, his was a jazz heart rather than a rock 'n' roll one. And when he wasn’t providing the percussive scaffolding for Mick, Keith and the boys, he played jazz – with his own orchestra, and quintet, never happier that when he was sauntering behind an ensemble playing Sidney Bechet perhaps.