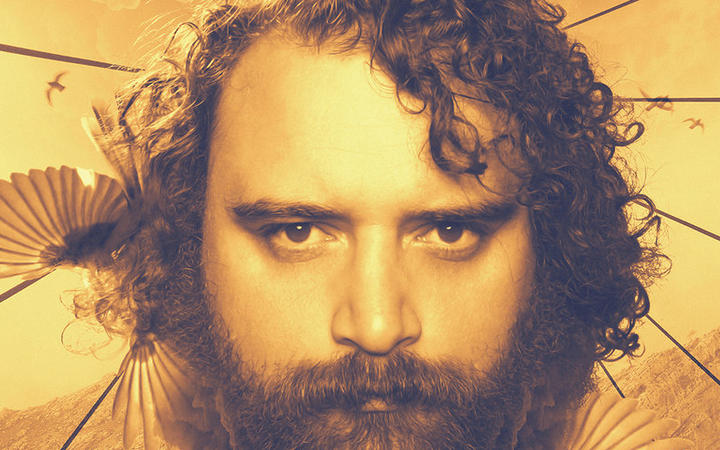 I discovered Troy Kingi’s music 17 years ago — with a rather charming song titled 'Ant in a Masterpiece', the work of a 19 year-old student destined for greater things. It was one of 44 tracks on a CD by various students at MAINZ, working towards a Certificate in Audio Engineering in 2003 – it must have been some sort of graduation exercise, I assumed.

The song impressed me at the time as a very individual blend of Che Fu soul and Martin Phillipps whimsy.

Those three minutes lingered with me, off and on, for a decade, until, in 2013, Troy Kingi’s name cropped up again when he appeared alongside Stan Walker and Temuera Morrison in the movie Mt Zion — a career path that saw him taking roles in later films such as Hunt for the Wilderpeople and The Breaker Upperers. But despite this new profile, Kingi had never relinquished his music and that same year he slipped a debut EP into the world.

When Troy Kingi’s first album appeared three years after this, with the intriguing title of Guitar Party at Uncle’s Bach, it was clear that ambition was written boldly across its 22 tracks.

The range of the music-making on Guitar Party at Uncle’s Bach might well take away the breath of the unwary. And looking back on what he had achieved here, may be why Kingi would describe it as the first installment of an ongoing 10 10 10 Project. That is, ten albums, in ten years, in ten different genres.

Troy Kingi’s latest album, Black Sea Golden Ladder, a life-story in ten songs, marks a halfway point in his TripleTen project. It’s not really a solo album this time, as he shares both singing and writing duties with Delaney Davidson — resulting in, if nothing else, an alluring juxtaposition of the smooth and the rough.

Kingi and Davidson do work right to the end through their ten-song life-cycle, until we come to the inevitable slipping off the mortal coil in the beautifully sombre final track, 'Sea of Death' — a song that’s given loaded gravitas by the strings of Dave Khan.

The lyrics here are some of the most moving in the whole album, as Kingi sings of taking a burden off his shoulders as it doesn’t belong to just him anymore. He’s not an individual, but lives instead in his ancestor’s world, ready to glide over the waves of the mighty ocean.

But maybe the real ending to Black Sea Golden Ladder can be found if you just let 'Sea of Death' run on in silence for 30 seconds after the song has ended. Then up comes another, much more uptempo offering, as Kingi and Davidson assert that they’re not going down without another song. We’re listening to defiance and ... rock ‘n’ roll.

And perhaps a hint of what might be coming up in Troy Kingi’s sixth installment in 2022.