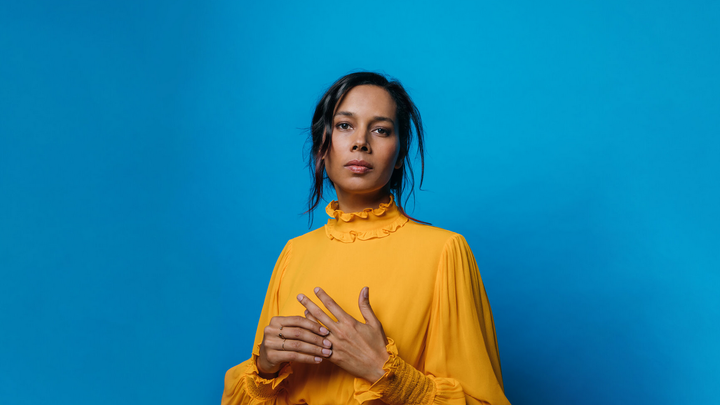 After almost sixty years of operation, Nonesuch Records has ended up with a boundary-defying stable of artists that includes the Kronos Quartet, Laurie Anderson, Emmylou Harris, The Black Keys and Randy Newman . . . and the list goes on, considerably.

The band Lake Street Dive's new album Obviously has quietly and absolutely captivated me. This fivesome, most of them erstwhile students at the New England Conservatory of Music, dish out some of the savviest grown-up pop you’re likely to hear. And this, the group’s sixth album and third for Nonesuch, is the ultimate in utter infectiousness.

Rhiannon Giddens’ second collaboration with Italian multi-instrumentalist Francesco Turrisi is yet another instance of two artists working through the Great Lockdown of 2020. And they had something to live up to — their first coming together in 2019 was a particularly refreshing and wide-ranging collections of songs.

The pair’s new album, They’re Calling Me Home, centres around songs of death and non-specific gloom, exquisitely and imaginatively rendered.

Canadian singer k.d.lang has been on Nonesuch’s books since 2004 when she recorded her Hymns of the 49th Parallel, a folio of songs by fellow Canadian writers, including Joni Mitchell and Jane Sibery. Sadly it’s been a long 13 years since her last studio release of new material, titled Watershed.

Now Nonesuch has brought together a collection of lang’s dance floor remixes from throughout her career, for an album titled makeover. Frivolous, you might think? Well, not necessarily, with lang insisting that this was the music that did so much to build up and consolidate the gay community at the time, in those not so far-off days before the internet, mobile devices and dating apps.

Caroline Shaw is a youngish American composer who prompted Stacey Anderson in The Guardian to ask, five years ago, whether she might be the "future of music". This suggestion came after she’d not only carried off a Pulitzer Prize with her Partita for 8 voices, but also had been involved in some offbeat collaborations with rapper Kanye West.

Shaw’s new Nonesuch release, Let the soil play its simple part is a collaboration with Sō Percussion. It's sure to provide some intensive listening pleasure over the winter months.

'Theme from the Valley of the Dolls' (Previn, Previn) – k.d. lang
Makeover
(Nonesuch)