William Dart has a look at a handful of albums that feature cover versions of songs by Chris Knox, Neil Finn, and Tim Finn, including the new True Colours, New Colours. 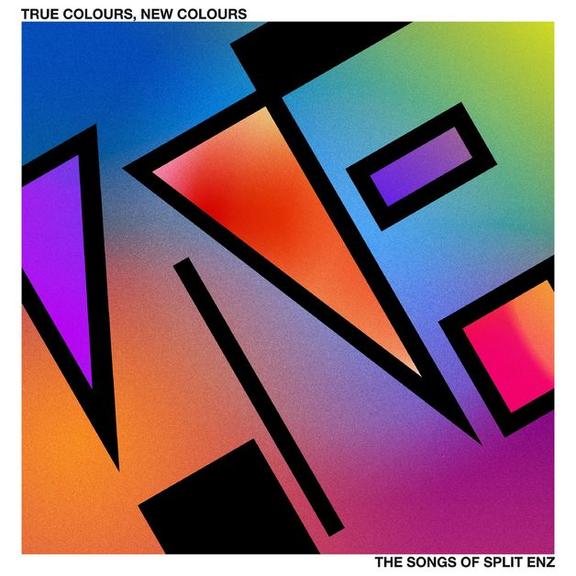 The most coveted achievement of many New Zealand composers is having a second or even third performance of a piece, perhaps even, one day, taking on the popularity of Douglas Lilburn’s Aotearoa Overture, a work that’s irrefutably concert hall mainstream, in the repertoire of all our professional orchestras as well as youth orchestras and regional ones.

And it’s a wonderful thing to experience music that could be dead on the page, springing to life once more, through the vision and response of a new conductor and players.

And in the field of vocal music, there’s a real magic in hearing what a new singer can bring to a familiar song. Their approach might be anything from reverent to outrageous, bordering perhaps on deconstruction. But, let’s face it, when you’re talking abut Bach, Mozart, Cole Porter or John Lennon and Paul McCartney, the music’s strong enough to cope.

Just a few weeks back, New Horizons investigated The New Blue: Pixie Williams Reimagined, in which various local musicians paid homage to this elusive and self-effacing songbird of TANZA Records. A high point of the album was hearing Lisa Tomlins and Kirsten Te Rito duetting on Williams’ signature song, 'Blue Smoke' – singing in te reo, against the charming, and slightly lurching waltz of Hamish McKeich’s musicians.

One of the finest local tribute albums dates from 2009: a double CD titled Stroke, occasioned by the shock of singer-songwriter Chris Knox having a serious stroke in that year. The album had over 30 fellow musicians and bands, both local and overseas, choosing one of Knox song that was close to them – a selection that celebrates the sheer scope of Knox’s songcraft.

The Finn brothers, Tim and Neil, had a singular and eccentric salute a decade or more ago. Two albums, five years apart in 2005 and 2010, had various female and then male singers, from both sides of the Tasman, exploring the Finn heritage.

Now, another Finn tribute has arrived, spurred on by the spruced up re-issue of Split Enz’s True Colours album, to celebrate its 40th birthday. The promise of the new tribute lies in its title — True Colours, New Colours — and a roster of trans-Tasman artists sets about dressing up the original album for the ears of today.

The results are fascinating, although, generally speaking, the album injects an earnestness into these Finn songs that simply wasn’t there four decades ago – back when Split Enz were the zany and zesty clowns and harlequins of rock and roll.

'Four Seasons in One Day' (N Finn, T Finn) – Sally Seltmann
She Will Have Her Way: The Songs of Tim & Neil Finn
(EMI Capitol)

'Kiss the Road of Rarotonga' (N Finn, T Finn) – Kody Nielson
He Will Have Her Way: The Songs of Tim & Neil Finn
(EMI)