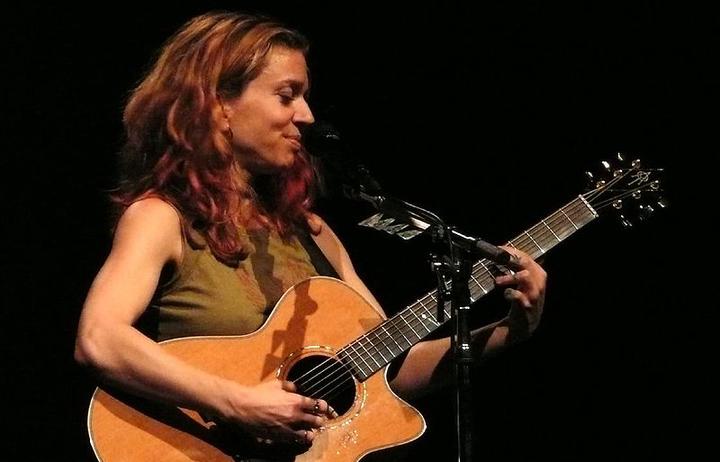 Working through thirty years of Ani DiFranco albums — 20 studio releases and 27 live sets — one has to salute this woman who takes on the whole business of songwriting as might an intrepid 19th-century explorer set off for lands unknown.

Her snap and crackle wit was there from the beginning, when to many she must have sounded a little like a young Joni Mitchell on speed. Her first two albums, in 1990 and ‘91, cruise through issue after issue, from abortion rights to the Gulf War, mostly over her distinctive staccato guitar.

DiFranco’s admirers are always ensured of a more-or-less comfortable encounter with this ever-reliable artist — one reviewer scampishly suggested that DiFranco albums arrived like Museum of Modern Art retrospectives.

DiFranco’s new album might be something of a culture shock, with its luscious stereo,  easy swaying rhythms and finger-snapping syncopations. It’s jazzy with a definite lounge bent to it, a well-upholstered backdrop for the singer’s views on "revolutionary love", an idea she borrows from Valarie Kaur’s See No Stranger: A Memoir and Manifesto of Revolutionary Love.

DiFranco hails the concept as a radical and joyful practice to heal ourselves and transform the world around us.

'Splinter' (DiFranco) – Ani DiFranco
¿Which Side Are You On?
(Righteous Babe)