The young brilliance of Jacob Collier

William Dart looks at the music of the phenomenally talented singer/songwriter/producer Jacob Collier, who's just released the third volume of his four-album project Djesse. 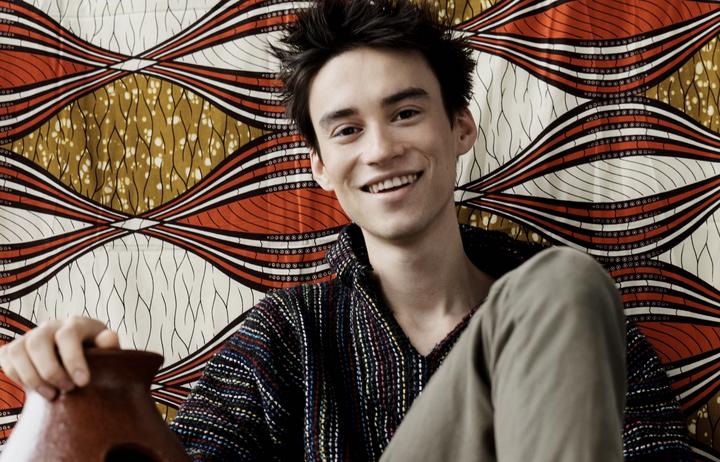 Jacob Collier, an affable Englishman still in his mid-20s, was on CNN recently talking about how his music had no time for would be barriers. This is what one might have expected from a young man who’d jumped from winning a gold medal for singing at the Royal Schools of Music to catching the attention of veteran jazz producer Quincey Jones through his singular vocal skulduggery.

From the start, Jacob Collier was very much the musical polyglot and his first album In My Room flaunted it, taking its energy from a series of 2015 concerts in which Collier held the stage solo, working around a circle of pre-set and pre-looped computers.

There’s a certain theatrical pleasure in watching him do this, especially when he threads Brian Wilson’s song 'In My Room' through his electronic loom of so many colours.

Jacob Collier is a young man of ambition, to put it mildly. Last month saw the release of the third album of a four-CD project, titled Djesse. His overall aim was to catch, in essence, the inner energy of life itself. He’s not afraid of it being childlike, and the word “explosion” came up when he talked about the journey that his 50 planned songs would be taking.

The first volume of Djesse presented the morning of life; a mixture of youth; things being very early and very young. And he had the Dutch Metropole Orkestra on board to add lashings of cinematic colour.

There’s a lot of singing on Jacob Collier’s Djesse Volume 2, and it’s far less classical concert hall in tone than Volume 1. He brought in folksingers Sam Amidon and Lianne La Havas as well as the West African singer Omou Sangaré, as part of the album’s searching out of world music influences and sounds. An overall jazz ambience provides a certain unity of purpose.

Volume 3 drops us into 2020 with a vengeance and the unwary may well be wishing they’d had parachutes to soften the fall. The dancefloor rather than the concert hall is where quite a lot of its tracks are directed.

What lifts Jacob Collier’s Djesse Vol 3 is its jazz-infused lightness and those enticing harmonic trails that the man pursues in his very own chordal forest.

The guest singers include our own Kimbra, who proves to be as spry in body as she is in voice, fearlessly tackling  a real tongue-twister of a number.

'In My Room' (Wilson) – The Beach Boys
Surfer Girl
(Capitol)

'In My Room' (Wilson) – Jacob Collier
In My Room
(Membran International)