Two decades after Goodshirt climbed to pop success, William Dart catches up with new music from two of its band members, Gareth Thomas and Rodney Fisher. 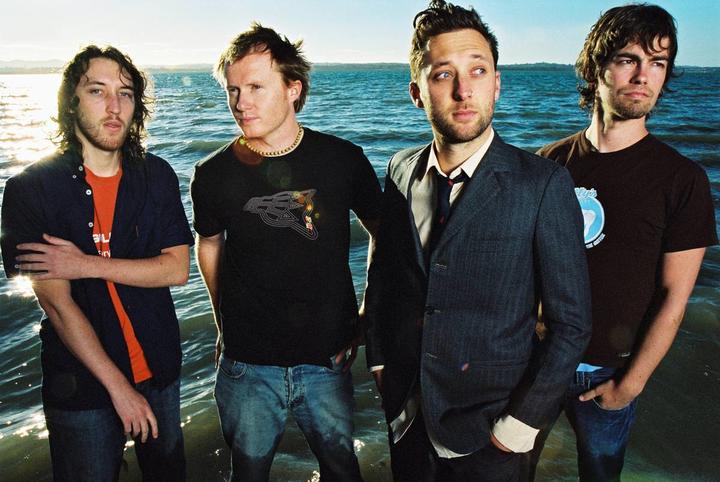 Goodshirt back in the day. Rodney Fisher and Gareth Thomas on the right. Photo: supplied

Nineteen years ago, Goodshirt was a helter-skelter runaway pop success — so much so that Rebecca Barry headlined them as "pop of the tops" in a New Zealand Herald feature.

After all, it’s not every band that scores a number one on the charts off  their very first album, which is what happened for these young men. The song, 'Sophie', ponders love with beautifully distanced beguilement. Much of it is over a sequence of three finely gauged chords, underscoring a certain stuttering, even stunted, emotionalism. An emotionalism that, at its very heart, could be labelled as pure kiwi.

Something of which is caught in Joe Lonie’s video for the song; a one-shot affair, with a young model on a sofa lipsynching the vocals, while the band, clad in black, rifle the apartment behind her.

The Goodshirt musicians went their separate ways in 2005, pursuing other projects. There was a one-off official comeback seven years later: an EP of five songs, Skinny Mirror. But it didn't really come off.

Two of the musicians have recently released new music separately.

Gareth Thomas has a new single 'My Dog', which is a teaser for a third solo album due out some time next year. The song, written during the Goodshirt years, is based on the true story of his straying pet with a yen for wandering off for parts unknown, sometimes on the local bus.

And Rodney Fisher turns up with a new band under the moniker of Mixed Vege.

Fisher himself is very much centrestage on an EP of five tracks titled 2-Minute Noodles. Which is, essentially, what they are, in the best pop music timeframe.