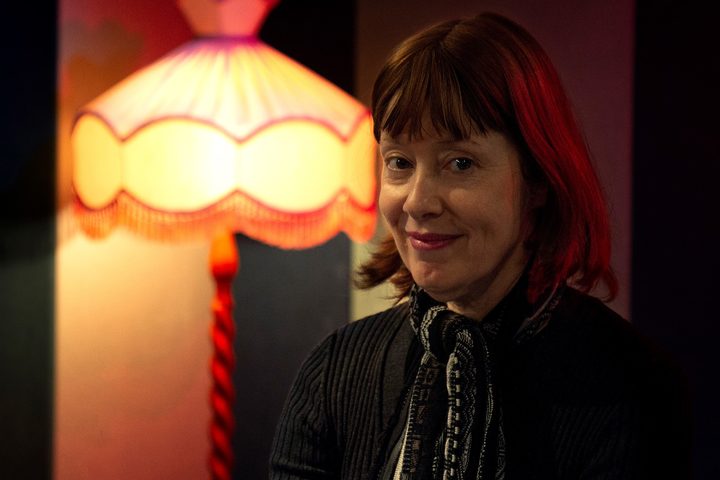 Suzanne Vega (who was last featured on New Horizons four years ago with her Carson McCullers CD) is rather fond of concert albums. There are six listed amongst her official releases and a few more if you’re up to some on-line foraging.

Her latest, An Evening of New York Songs and Stories, recorded live in the legendary Café Carlyle, cherry picks through her 35 year career. It’s a playlist that’s artfully curated, punctuated here and there by the singer’s running, tale-telling commentary.

Of course, certain of her Big Apple ballads are unavoidable, such as 'New York is a Woman' or 'New York is my Destination'.

The big surprise is the number that first put Lou Reed onto the charts back in 1973, a sardonic saunter through Andy Warhol’s stable of superstars.

When Vega takes us for a 'Walk on the Wild Side', of course we miss the sly insinuations of the laidback and laconic Lou. She’s more the distanced outsider, a little as if she’s looking on Warhol’s factory frolics from an Upper East Side vantage point ... or the soignée surroundings of New York’s classiest cabaret club.

The extraordinary Bettye LaVette must sometimes look back and think she’s had two quite distinct careers. Early in the 1960s she was an R&B diva, with a steady flow of hit singles.

But when Bettye LaVette brought out her 2003 album, A Woman Like Me, it was her first release in her own country for 20 years.

She laid down her own house rules from the very start of this second career, emphasising in more than one interview, that she didn’t do covers, but rather her own very individual interpretations.

In 2010, her Interpretations album, offering a selection of numbers from the British Rock Songbook, showed just what she could wrestle and wrangle from the music of Elton John, The Beatles, The Who and others.

Bettye LaVette would perform more of the same alchemy in 2018 on an album of Bob Dylan songs titled Things Have Changed. And now her very latest outing, Blackbirds, finds her tackling music made famous by other women singers, mainly black.

There are some classics here, including Nina Simone’s 'I Hold No Grudge', Dinah Washington’s 'Drinking Again' and  Billie Holiday’s 'Strange Fruit'. In this last song, there’s none of Holiday’s clipped stoicism; LaVette lays out the horrors of the gallant south with searing anguish, offset by the almost nonchalant swing of the band behind her.

The stand-out track on Bettye LaVette’s Blackbirds is the one that gives the album its name.

If you’re tired of The Beatles' 'Blackbird' being unscrupulously milked for all the sugary sweetness that can be fluffed out of it, then this one’s for you. LaVette takes the song and almost tears it apart, making it into a ballad about herself and her struggles – a saga that goes straight to the listener’s emotional solar plexus in times when so many are taking such a stand on black lives mattering.

Paul Kelly’s new album, Please Leave Your Light On was much-anticipated. It’s a two-man affair, with the singer accompanied by fellow-Australian Paul Grabowsky on a resolutely acoustic piano.

Both men have a certain Australian larrikinism about them, but this is a serious outing and often, Kelly’s original songs are rather overdressed in their weighty new clothes.

Occasionally though, as in the case of their treatment of Cole Porter's 'Ev'ry Time We Say Goodbye', heard through larrikin-tinged ears, the result is strangely touching.

'Walk On The Wild Side' (Reed) – Lou Reed
Transformer
(RCA)