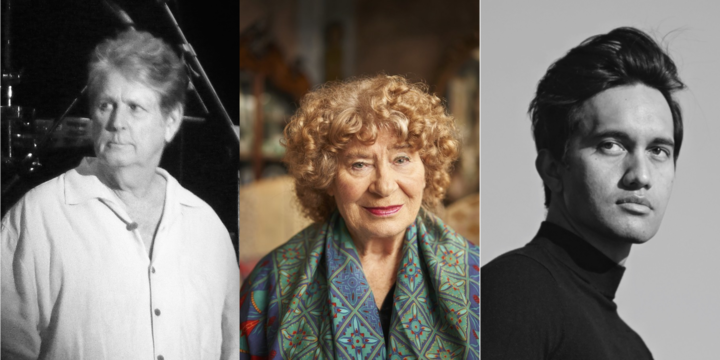 Discounting all the state-of-the-art remastering of its music, the packaging this 2CD set with a whole disc of just the instrumental accompaniments is darned eccentric, even by Brian Wilson standards.

Nevertheless, there may be some swooning amongst Van Dyke Parks fans, as we thrill to every flick of this man’s musical paintbrush, free of his partner’s multitracked vocals. And, if you’ve ever wanted a Brian Wilson karaoke album, well, here it is.

English folksinger Shirley Collins has been featured on New Horizons many times.

In 2016, William looked at her comeback album, Lodestar, a glorious return after 38 years of silence. Now at the age of 85, Collins has followed this up with a new CD titled Heart’s Ease, an immensely satisfying and deeply personal 40-plus minutes in the ever verdant garden of English and American folksong.

Shirley Collins sings on eleven of the dozen tracks of the album with all the quiet and calm authority that’s earned her so much love and respect.

William ends the programme by making good on another regret - not being able to fit Seth Haapu's glorious new single 'Ūkaipō' into last week's programme, in which he featured alongside Maisey Rika.