The miniatures of SJD and the expansiveness of Eyreton Hall 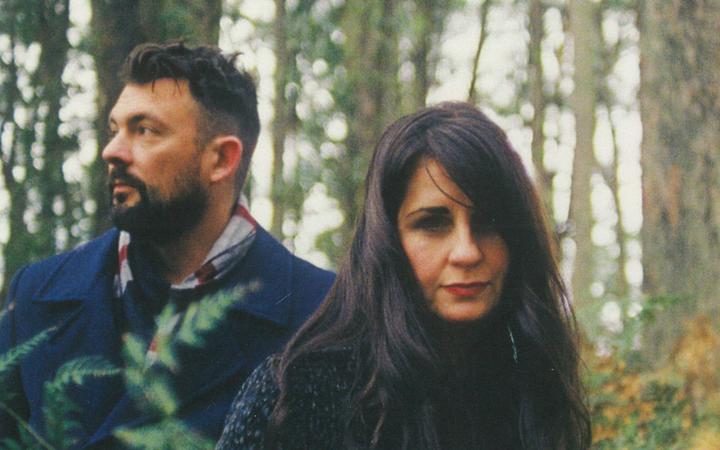 Barbra Streisand might seem determined to make Chopin’s Minute Waltz measure up to its name but, in fact, she’ll take almost twice that long to reach the finish line.

So what, you might say. Chopin never intended it to be a 60 second dash.

But what might he have thought of the eccentric Kaikhosru Sorabji, who took this waltz to the other end of the ballroom, spinning it out for close to five minutes.

There’s even a whole minute of razzle-dazzle cadenza before we even get to the tune. And when we do get to it, thanks to the composer’s wafting weave, it’s a little like lolling on a wobbly castle after a few too many cocktails.

The art of compression is not to be scorned in times when the limitless word-lengths of on-line blogs threaten the reader with verbal overload.

There is a lot of truth in the old adage assuring us that good things can come in small boxes. The flamboyant Franz Liszt, for example, a composer who wasn’t afraid to come up with pieces that were as long as they were loud, was also able to pare it all back and create the equivalent of musique minceur.

Take the case of this song, based on just a few lines by the poet Friedrich Bodenstedt. It’s a masterpiece of irony as the singer points out how she wasn’t able to find any flowers for a wreath when her lover was alive. And now that her lover is dead, there are blooms in abundance.

But deliberately working within the boundaries of a prescribed time limit is something else. It certainly whetted John Cage’s imagination in 1958 when he devised his Indeterminacy.

This was a collection of  short stories, read out within the constraint of a sixty-second running time, accompanied by his friend David Tudor feeding in sonic interference from an adjoining studio.

A two-CD set of the work, released on the Smithsonian Folkways label in 1992, makes for compulsive listening. The fey personality of Cage himself is irresistible, as he cleverly adjusts the speed of his reading to fit the allotted time.

The stories themselves are deliciously wry, many of them revolving around the composer’s obsession with funghi. And one of them even comes with Kiwi connections.

I suspect that John Cage’s Indeterminacy was a defining inspiration for one of my favourite albums of 1980, titled Miniatures: A Sequence of 51 Tiny Masterpieces. Put together by Morgan Fisher from the band Mott the Hoople, it featured an almost bewilderingly diverse assembly of artists.

There were words as well, with recitations from Roger McGough, George Melly and Quentin Crisp and some wacky rewrites of Wagner and Bartók.

Inevitably, an air of deconstruction hung over this project. When there were songs, they were songs with attitude. Unsettled and sometimes unsettling. As when Robert Wyatt worked his wiles on this classic crooner ballad.

The second act to appear in the Miniatures line-up was the San Francisco band The Residents, who had established themselves during the 70s as a barrier-stomping art and music collective.

Their sandwiching of Rodgers and Hammertsein’s ‘Bali Hai’ in between two slices of Ramones punk was very much a reflection of what the Americans were working at at the time.

And it’s this band that makes the Kiwi connection for today’s programme. Their 1980 Commercial Album was cited by Auckland singer and songwriter Sean Donnelly aka SJD as a major influence on his new Miniatures album.

The Residents’ Commercial Album was an act of arrant musical and media subversion. Cut out the fat of the usual pop song, the Californian musicians boasted, and you have a minute of music.

So, this is just what the album doled out to us, in 40 tasty slices. Moreover, making the point that the running time of their songs corresponded with the length of the average commercial jingle, the conclusion was drawn that jingles must be the Music of America..

Jingles can perform a valuable social service, warning us of the dangers of excessive politeness.

Going back almost 40 years and revisiting The Residents’ Commercial Album, thanks to its SJD connections, has pleasantly justified a few weeks of self-indulgent time-tripping.

I’ve enjoyed these punchy little jingles, meeting up again with singers like Andy Partridge and Lene Lovich when they take a solo each.

I’ve found a strange poetry too in instrumental tracks like the final ‘When We Were Young’. Like their paste-up of the Ramones and ‘Bali Hai’, it’s another sound sandwich. Spacey on the outside, with a snappy snarey filling that I could well imagine breaking into ‘Auld Lang Syne’ at the turn of a crotchet.

I didn’t follow the genesis of Sean Donnelly’s 17 miniatures, when he fed them out through Facebook, but together they make for quite a gallery a songwriting.

And the songwriting is more serious than Donnelly’s website seems to suggest, explaining the appeal of the short format as “not having to worry about a second verse”.

The set comes with its own little overture, cranking up expectations in just 65 seconds. It lures you through the door to experience the mysteries of the iconic lava lamp. Indeed, it’s such a time capsule that you can almost smell the patchouli oil trickling from the sound waves.

By the second track, ‘Belgian Movie’, the singer is flourishing his best Bowie tones, pointing out how a video is no substitute for true love.

While the skeptical might query whether neighbourhood video stores are quite as prevalent as they once were, others will happily give themselves over to the song’s easy-flo counterpoint, wondering, perhaps, if there had been more than 77 seconds of it, how this little saga might have opened up.

There’s a melancholic strain running through the new SJD Miniatures collection, but when the songs stay short, it comes with a certain stoicism.

And maybe there are more narrative connections than one might expect if you let one song run on to the next. Does our hero, popping his paracetamol, eventually get the nerve to go downstairs and become the new boy at the party.

Laying out 17 songs in 21 minutes makes the album something of a brag book for Sean Donnelly’s skill in concocting electronic backdrops. Indeed, if he were a set designer, in Auckland in the 1950s, he’d have had no problem in taking us Around the World in 80 Days without relinquishing our seats in the little Grafton Theatre.

With another two minutes of music, found and seconded from somewhere, Miniature #14, ‘The Corner at Half-Five’ might well fit the bill.

While SJD focuses on the small, Andrew Keegan and Toni Randle have infused their latest album, Spaces, with an expansiveness that’s positively luscious … thanks very much to Randle’s honeyed vocals and the presence and production of Ben King.

It’s a marvelous follow-up to the duo’s first release, Featherstitch, and a collection of ten songs guaranteed to ensnare you, from the first few lines of its opening track, ‘Weekend’, which is a good deal tougher in what it’s saying than what its ear-wooing performance might suggest.

Toni Randle and Andrew Keegan put themselves into these songs, and it shows.

One of the most moving is a tribute to an unwell friend, written with compassion and humour; another stays within the family, marking the arrival of a new son.

‘Albatross’ is an apt title for a song that floats so effortlessly, with gently swooping phrases that beautifully accommodate all the unexpected harmonic shifts in it — a little like having an airborne journey taken momentarily in another direction with the vagaries of air currents.

Jared Kahi’s exquisite video finds the perfect visuals for it. Although the number itself, with the buoyant strings of violinist Charmian Keay and cellist Claire Cowan, is never at risk of not staying aloft.

'Pastiche on the Minute Waltz of Chopin' (Sorabji) – Fredrik Ullén
Got a Minute?
(Bis)