Rebecca Pidgeon is perhaps best known as an actor (The Winslow Boy, Red) but she’s also a consummate singer-songwriter. After some releases that have been rather tough listening, her tenth album, Sudden Exposure to Light, is music that will woo you. William Dart certainly has been. 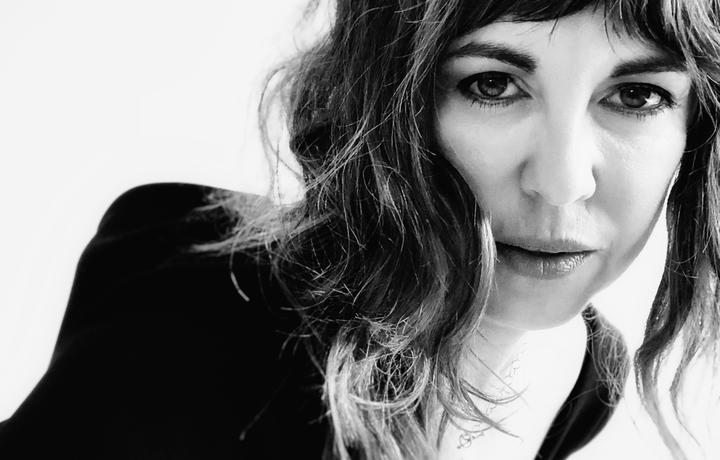 Twenty years ago, I latched onto an album titled Cool Sounds, Modern Voices.  OK, I should have been wary when Livingston Taylor’s name was on the last track but, amongst the pervading ordinary, it was good to meet Rebecca Pidgeon, singing this world-weary ballad penned by David Mamet and Shel Silverstein.

Playwright David Mamet just happens to be Pidgeon’s husband. Back in 1999, I’d just seen his film of Terence Rattigan’s The Winslow Boy, in which Pidgeon played the part of Catherine Winslow. Perhaps Mamet had a hand with the smooth session musicians in 'The Word Around Town', including Jack Bashkow, a sought-after sax man in Broadway pit bands and pianist Joel Diamond, a Mamet colleague on both stage and screen.

Moving forward to 2019, Rebecca Pidgeon is now releasing her tenth album, after a break of five years since her previous one.

Bad Poetry as set of songs was a tough listen at the time and I was surprised – concerned even – when one website recommended it for folks who liked Aimee Mann, Madeleine Peyroux and Sarah Brightman!

Especially Brightman, an MoR diva, most recently heard, vocally rather the worse for wear, casting Bizet’s pearls into a musical setting of irredeemable dross.

Sarah Brightman made her name in the 80s in the musicals of her then husband, Andrew Lloyd Webber, but songs such as 'Memory' are a long, long way from the grim twang of a number like Rebecca Pidgeon’s 'Love is Cocaine'.

This song, and much of the Bad Poetry album, is not designed for cushioned listening. And those around her are willing accomplices to this end.

Songwriter David Batteau, who shares the track’s writing credit, lets loose with searing guitar in its first instrument break. Producer Tim Young uses his prowess on everything from mellotron and Japanese koto to a touch of fiddling on the Chinese erhu, reminding me of those mind-jangling trips that George Harrison took us on in the heady late sixties.

But her new CD, titled Sudden Exposure to Light, doesn’t thrust itself upon us in quite the same way.

Having the keyboard services of Thomas Bartlett (aka Doveman) has made it into a more subtle affair; this is music that can indeed woo us.

Rebecca Pidgeon rarely offers us music of yearning, but she almost does just that in the song 'Radio and Coca Cola', a wistful piece of popstalgia which Bartlett colours in with a pining sparseness worthy of Venice Beach at twilight.

It’s even more effective if you’re aware of the genesis of the song. Pidgeon performs it live on the Paste website with much of its musical tinting intact, from miniature chimes to laid-back percussion, save that the drummer on line is using a boxy cajón rather than traditional drums.

Live, Pidgeon is very much centre song, providing its spine with her strummed guitar.

With that in your ears, the revelations of recorded version are a little like having the pencil sketch removed from a billowy ink drawing.

Sudden Exposure to Light is, in fact, a two-CD set and these songs, so far, have been from the first, titled Circus Delirium.

The second bears the title Comfort, but the song which causes it to be so named is anything but, being a raw and unsparing investigation of depression. There’s a shift in sound too. Working with another producer, the almost frighteningly prolific Fernando Perdomo, this song doesn’t hold back on the visceral, in either lyrics or music.

There’s anger in it. And even more anger, a few tracks earlier, in 'Little Catherine', where the singer almost reaches the point of wanting to get back at this woman with a heart like a tin drum.

The tension is there in its very delivery, with its melody line fed out, short phrase by short phrase, significantly coloured by the metallic slide of finger on string.

When Rebecca Pidgen ends her new album with a song titled 'Your Only Son', you may well sense unspoken implications.

Certainly, in the Christian faith, you think of filial sacrifices . . . Abraham and Isaac, God and Jesus.

Here, though, meaning is a little more nebulous, not helped by a recording balance in which the almost heartless waltz of its backing does push Pidgeon into the background.

It’s only at the end of the number that you realize Pidgeon is in fact singing through the voice of this only son. I can’t help thinking how much clearer things might have been if we’d had a live studio performance to chart the song against.

For me, Rebecca Pidgeon is a songwriter who requires a little more deciphering than I’m always willing to give. In fact, the writing voice that she projects is very much removed from the comfortable “at home” shots that accompanied an on-line interview on the website Sweden with Love.

It’s here that Pidgeon confesses to not being good at writing songs about how much she loves her husband. She cites Brian Wilson’s 'Wouldn’t it be nice' as the perfect example of a successful love song and, indeed, she recorded it on her 2008 album Beyond the Velvet Curtain.

But somehow, her version is nothing special, however well intended. So, to sign off today I’ll call on another Rebecca: jazz singer Rebecca Sullivan.

In 2012, she teamed up with guitarist Mike Allemana to do something very special: shaking the sand out of the old Beach Boys number with flurries of flamenco on the side.