Songs that missed out

William Dart makes good for some of the tracks that he regrettably had to leave out of previous programmes this year – a kooky Doris Day tribute and a Menotti opera aria; we’ll take a visit to Julia Holter’s Aviary and remember the great Dr John, whom we lost only a month ago. 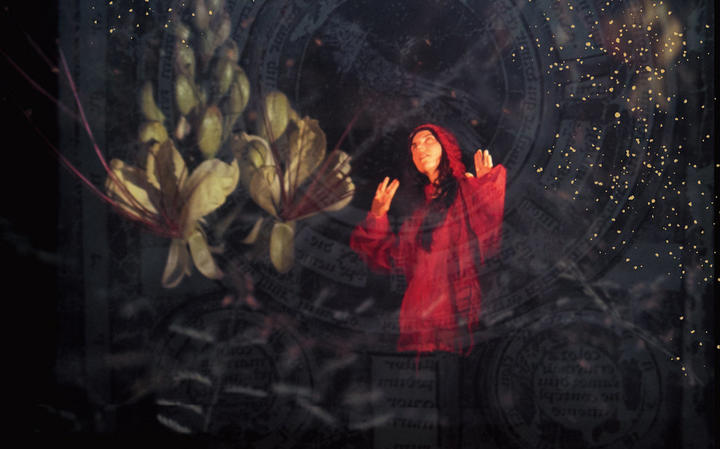 Inevitably there are regrets and today, looking back over another six months of New Horizons, I’d like to make amends and acknowledge songs that lingered on the sidelines or didn’t get their full playing dues.

When, back in March, I presented a programme around a First World War commemoration album by Rachel and Becky Unthank, I would have liked to have included all six of its tracks.

We heard Siegfried Sassoon reading his poem ‘Suicide in the Trenches’, but not the two Unthank sisters singing it.

Another casualty was the seven-minute track ‘Roland and Vera’, based on letters between Roland Leighton and Vera Brittain, with Brittain unaware that she was replying to a man who lay dead in the trenches.

I did intend to use the song ‘Breakfast’, a setting of the 1917 poem by Wilfred Wilson Gibson, sung at his piano by Adrian McNally, a core member of the Unthanks team.

The final coup in this moving song doesn’t come from Gibson, however. It’s the postscript of a genuine Great War trench song, ‘Hanging on the old Barbed Wire’ as a wry, ghostly jig.

Fans of the agitpop group Chumbawumba may recognize it from that band’s 1988 English Rebel Songs album. Now, in a more subtly ironic context, it’s chilling.

[Listen to the programme for this track as it does not seem to be available online – Ed.]

2019 has had happier programmes than remembering the First World War.

One, for me, was being able to tribute Doris Day a few days after her passing in May. The embarrassment of riches for a half-hour of music was somewhat overwhelming but, I did squeeze in a verse and chorus from Burt Bacharach’s theme song for her 1964 movie Send me no flowers.

How I longed though to play that song as it appeared on Nellie McKay’s 2009 tribute to Day, titled Normal as Blueberry Pie.

It’s classic Quirksville with McKay on ukulele, bells and mellotron and Sharon Moe on French horn. Moe, incidentally, is a veteran, playing horn for everyone from Kool and the Gang and Charles Mingus to Mandy Patinkin and Tom Waits. And I’d imagine that this jaunty instrumental duet between horn and ukulele must be one of a kind.

I missed Julia Holter’s performance with her band at Auckland’s Tuning Fork in January but did catch her appearance with the Tashi Wada group a night later. This was a small-scale affair for devotees, held at Ponsonby’s Unitarian Church through the auspices of the Audio Foundation.

Holter was very much the keyboard player in the group’s roving soundscapes and I came away a little disappointed, having been ardenty immersing myself in her new Aviary album.

But Aviary did present problems for this programme, with its dense patching and layering of texts and music and most songs requiring their full eight or so minutes for total impact.

And Holter’s soundworld is nothing if not arcane, as you can hear in the opening for the song ‘Chaitius’.

There are a few minutes of this free-form counterpointing before Holter moves from vocalizing to presenting some text. Words that don’t come easily without the aid of lyrics in the CD booklet, some of them borrowed from the thirteenth century troubadour, Bernart de Ventadorn.

Just two tracks from Julia Holter’s Aviary fall within the three-minute running time that makes them easily accessible for this programme, revealing in a sonic nutshell, just how the American melds together her musical and literary worlds.

Sarah Belle Reid’s trumpet and Devin Hoff’s double bass are now subsumed into a primal wall of sound with the bagpipes of Holter’s Auckland partner, Tashi Wada, adding plaster between the sonic bricks.

What’s life without the occasional discovery and I must admit to major happiness earlier ths year, coming across the bedroom pop of Christchurch’s Lukas Mayo, who works under the moniker of Pickle Darling.

Back in February he was the tail in a programme on the final instalment of Lawrence Arabia’s line-up of monthly singles. I played a track from Mayo’s new album Bigness, in all its pretty pink vinyl splendor.

And I sneaked in a few seconds of The Beatles’ ‘Hello Goodbye’ from his 2016 tribute EP to the group, breathlessly titled Oh Golly Gosh, It’s The Beatles – five songs that easily ear-wormed their way into my heart, especially this take on ‘Nowhere Man’ that really does catch the desperation of one of life’s outsiders, bumpy start and all.

Over the last few months I’ve featured quite a few tributes to musicians who are no longer with us, in particular Scott Walker who was a real challenge to squeeze into my allotted half-hour.

One of the more recent losses, leaving us on 6 June, was Mac Rebbenack, better known as Dr John, whose funky New Orleans piano and unique vocal stylings have been staple and appreciated fare on this programme for decades.

Ironically, he outlined what he saw as the ideal death for a musician in Renee Edwards’ recent film One Note at a Time — a documentary that looked at the New Orleans music scene in the wake of Hurricane Katrina.

[At this point in the programme, William plays what he describes as one of Dr John’s most charming of his many duet performances, playing sailor to Libby Titus’s mermaid in the song ‘The Sailor and the Mermaid’ from a 1980 Sesame Street album, In Harmony. Again, sadly unavailable as a single item online – Ed.]

I’ve talked before about the power of unexpected and sometimes serendipitous connections. And they’re not to be underestimated. Even a month ago I might have been hard put to link one of my favourite Baroque operas — Purcell’s Dido and Aeneas — with the extraordinary American singer and banjo player Rhiannon Giddens, a woman featured in this programme two months ago as the instigator and leader of a fascinating Smithsonian released album titled Songs of Our Native Daughters.

Turrisi ended the evening by acknowledging a very recent CD – a collaboration with Rhiannon Giddens titled There is no other on the prestigious Nonesuch label.

There are certainly few others who could choose songs as carefully as Giddens has for the dozen on this disc – songs that include one written by producer Joe Henry, a few of her own, an Italian folk song, and the well-known ‘Wayfaring Stranger’.

While Giddens sings and plays her distinctive claw hammer banjo and fiddle, Francesco Turrisi is the piano man and more, not afraid to investigate under the instrument’s lid for atmospheric effect, as well as other percussive and electronic explorations.

‘Black Swan’ is an aria from Gian-Carlo Menotti’s 1945 opera, The Medium, sung by the heroine Monica in a moment of extreme tension with the title character. A tension that was also caught by jazz singer Nina Simone when she picked it up in her early career. A tension that hasn’t lessened with 80 plus years having passed, when Giddens and Turrisi bring it back to glorious life.

'Beat the Clock' (Gottehrer, Stroll) – The McCoys
Hang on Sloopy – The Best of the McCoys
(Legacy)

'When I Am Laid' (Purcell) – L’Arpeggiata
(Live concert recording)
(RNZ)

'Black Swan' (Menotti) – Rhiannon Giddens, Francesco Turrisi
There is No Other
(Nonesuch)